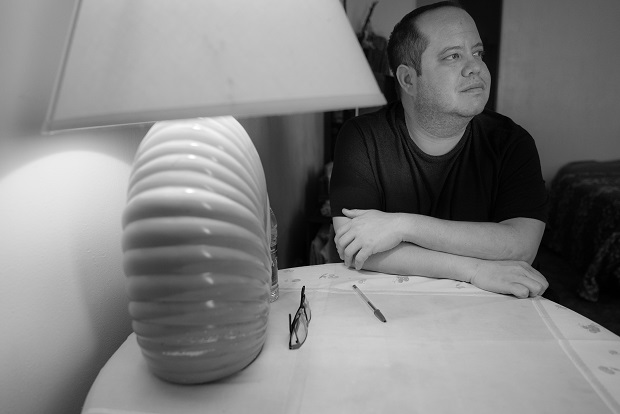 Photo by Scott Walker of James inside the cramped motel room he temporarily calls home.

A sex offender by the name of James who lives in Middle Tennessee will soon find himself behind bars after violating his probation. He told us that he will likely spend the next six years in a small cell because of his actions.

The man who WGNS' Scott Walker spoke to said that he was sexually abused by at least three adults as a child and the abuse was long term. As he grew older he never told anyone about the abuse and he levitated towards pornography.

Many victims of sexual abuse turn to drugs, alcohol, sex addiction or pornography as opposed to seeking help, so his addiction was not uncommon. That addiction later turned more dark as he started to have a fascination with child pornography. With his addiction in mind he turned to his church for help...

The man, who is 38 years old today, said that parents need to keep a very close eye on their children...

Hear the interview by Scott Walker in its entirety (49 minutes and 50 seconds):

Help for youths who are addicted to pornography:

During the interview, James mentioned Branches Counseling Center. Branches has several offices in Tennessee and beyond: