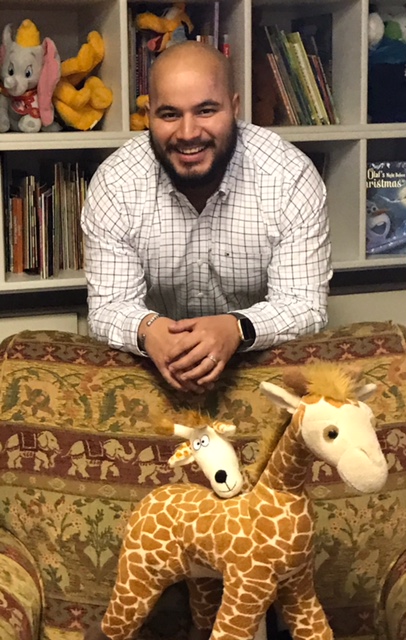 Imagine your child or grandchild walking in the door of your home after school. The child sits next to you on the couch, says they have a secret to share with you, and tells you that a person you trust has sexually abused them. You feel betrayed, devastated, and like your world is crashing down around you. Now imagine that you do not speak English and you do not know where to turn for help.

Arroyo stated, "I know how hard can be to move to a different country when you don't speak their language, when you have a different culture, when you have different ways to live your life. I know how hard it can be to leave everything behind looking for a better life, for better opportunities. As soon as I learned the [English] language, I said now it's time to give back, it's time to help. Now I'm more than happy to be helping children and families at the Child Advocacy Center. I speak Spanish, I come from a Hispanic culture, and they [Latinos] quickly learn they can trust me, they can open their heart to me, I can relate. I've been there."

Arroyo's responsibilities at the Child Advocacy Center include: assisting families whose children have been physically and sexually abused, helping parents with an addiction problem that want to stop using drugs, helping children learn to cope with their parent's addiction, and educating parents and grandparents how to prevent their child from being sexually abused.

Child Advocacy Center director, Sharon De Boer asserted, "Uriel Arroyo has a heart for children and a passion for helping Hispanic and Latino families. Arroyo is a well-respected member of the Rutherford County Child Protective Investigative Team. His strong connections with the Department of Children's Services, law enforcement, and the District Attorney's office help families navigate the systems that are in place to assist child abuse victims."

Arroyo said, ''I love helping people in my community. When I found this opportunity to help the Hispanic population within Rutherford County using my native language of Spanish, I knew this is what I wanted to do. I want to help breakdown the language barrier for the Hispanic children who have been child abuse and child sexual abuse victims and their families. I want to be their support, their connection, their advocate, their voice."

If your child is a victim of child abuse or child sexual abuse or you are a parent who wants to stop using drugs contact Uriel Arroyo at the Child Advocacy Center at 615-867-9000. To report suspected child abuse in the State of Tennessee contact the Department of Children's Services at 1-877-237-0004.