Alexander: Tennessee University Presidents and Institutions Are Working Overtime to Go Back to School Safely in August 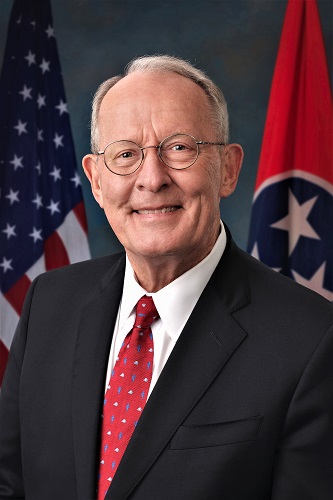 U.S. Senate education committee Chairman Lamar Alexander (R-Tenn.) spoke with about 90 higher education presidents from across Tennessee about how to go back to school safely in August.

"The surest sign we're beginning to regain the rhythm of American life will come when our 70 million students go back to school and back to college," Alexander said. "And across the country, administrators at around 6,000 colleges and 100,000 public schools are working overtime to make that happen.

"I just got off the phone with about 90 higher education presidents from Tennessee. We have 127 such institutions of higher education, and all of them are planning to resume in-person classes in August. ...They're all planning to go back, and they're all beginning to use a variety of techniques to make sure that the campus is safe."

Alexander continued: "For example, some schools have mentioned plans to go back in early August for the first semester and end before Thanksgiving so students can avoid two trips home for the holiday season. Vanderbilt University has already said students will be wearing masks in classrooms. There'll be new spacing arrangements, spreading out classes, staggering times, flu shots, pneumonia shots, and having half the administrative workers work from home. The University of Tennessee has already set aside whole dormitories for someone who might be infected.

"Of course, all roads back to school lead through testing, and fortunately, it looks like we're going to have a lot of tests in August and September - we expect to have the capacity to do 40 to 50 million tests in the U.S. in September, which is 4-5 times as many as we have today."

"Universities and schools think of themselves as micro cities, and they have a chance to show that with wise leadership they can help those little cities become among the safest places to live and work in our country during the next year. And if they are able to do that, they will help us take one of the biggest steps we could possibly take back toward normalcy," Alexander said.