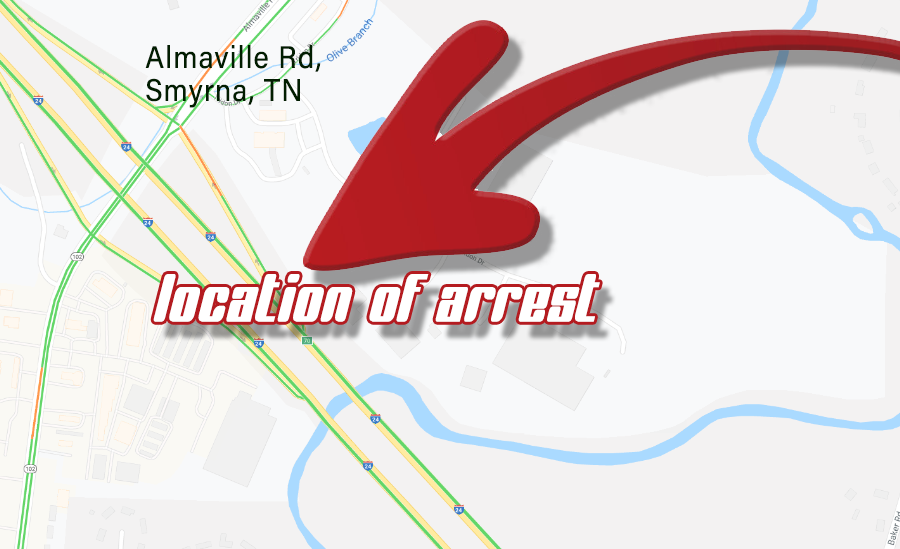 A hit and run accident on the New Salem Highway at I-24 in Murfreesboro led to a shots fired call a few minutes later.

On July 20th, the victim in the hit and run crash told officers that someone rear-ended him. The vehicle that hit the victim had Alabama tags and turned out to be a Chevy Equinox.

After MPD put out a "Be on the Lookout" for the suspect vehicle, the car was spotted on the interstate and had just been involved in a "Shots Fired" call. The car was stopped on Interstate 24 in Smyrna at mile marker 70 (Almaville Rd).

When Murfreesboro Police made contact with the stopped suspect, they quickly matched the front-end damage to the damage on the victim's car.

Driver Jesus Palma Ramos was apprehended by deputies with the Rutherford County Sheriff's Office, but refused to talk to police.

During an investigation, it was learned that Ramos had been involved in a second crash, which is about the time the shots fired call came in.

Ramos was charged with leaving the scene of a crash, failure to give immediate notice of a crash, DUI, driving on a suspended license and aggravated assault.