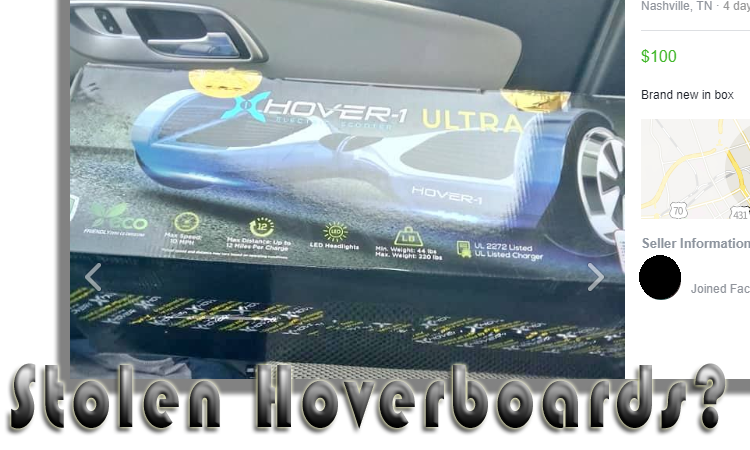 Here's an odd theft... At Walmart on Memorial Boulevard in Murfreesboro, a man entered the store on three separate occasions and stole four Hoverboards and window air conditioning units.

During a past visit, a Loss Prevention worker at Walmart was able to follow the subject and a female to a white in color SUV. The Walmart employee got the license plate number from the vehicle and later found that the man was allegedly selling the stolen hoverboards on FaceBook Marketplace.

The case is under investigation, but authorities now know who the man is, where he lives and even have access to the FaceBook ads he has reportedly posted online.