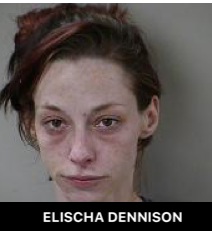 Alleged shoplifting leads to the arrest of a 24-year old Minerva Drive woman on three active warrants. Elischa Dennison is reportedly tried to take over 680-dollars worth of items from the Wal-Mart on South Rutherford Boulevard Sunday, just before 3pm.

During a routine warrants check, it was revealed she was also wanted for failure to give notice, leaving the scene of an accident and driving on a suspended license.

Dennison was arrested and taken to the Rutherford County Adult Detention Center. Bond was set at 85-hundred dollars.