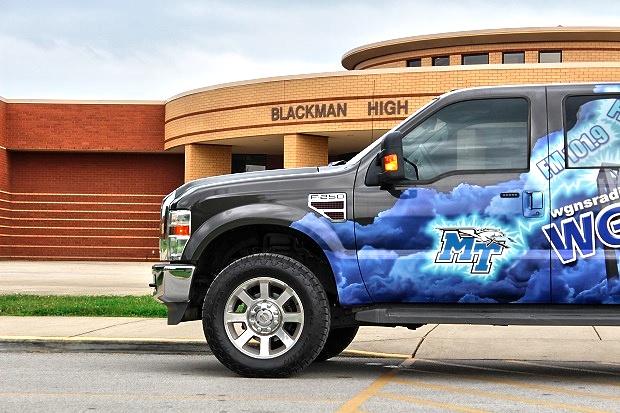 Photo of Blackman High School that opened in year 2000. The student body at Blackman is already at 2,000 +.

Rutherford County Schools grew at a rate of 3% over the past year. County Mayor Ernest Burgess tells WGNS that in the past we saw a 6% growth rate. The current 3% rate will allow county commissioners and school board members more time to plan ahead in the location of the next school. Mayor Burgess confirmed a new school is needed as our student population has grown to about 40,000 students.

The question now is… where will the next county school be built? The most recently built county school that opened in 2013 was Stewart's Creek High School in the Smyrna area. Plans for that “next” school have yet to be announced.

The Murfreesboro City Schools are in the process of building a brand new elementary school directly off of Veterans Parkway in the Blackman area. Overall Creek Elementary School is scheduled to be complete by this summer.