Another theft at Victoria's Secret has been reported in Murfreesboro. 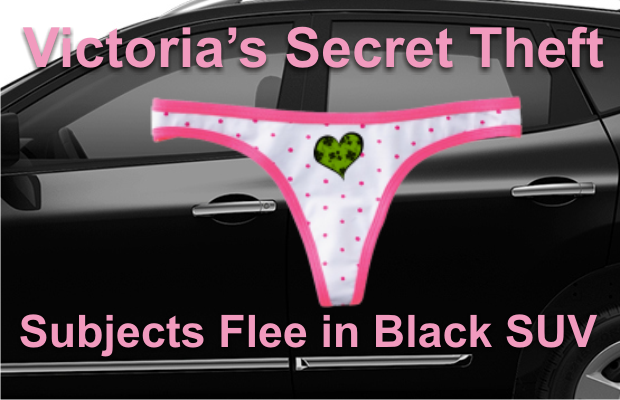 Another theft at Victoria's Secret has been reported in Murfreesboro.

Apparently, the store in The Avenue that has been thieved over multiple times in the past few years, was hit again on Sunday by two women and a man. The three walked into the store around 1:00 and started grabbing large amounts of clothing from the front of the store. The trio then took off on foot, eventually running to a nearby Nissan Rouge that was black in color. The small SUV had a temporary tag on the back.