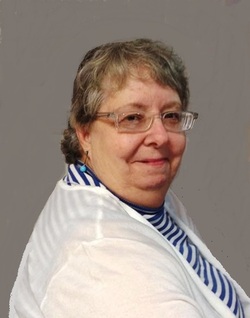 Deborah Johnson who recently stepped down as executive director of the Domestic Violence Sexual Assault Services office in Murfreesboro after 30-years of service, has passed away. Johnson died on Friday (12/23/16) at Alive Hospice in Nashville. Visitation will be Thursday, January 5th, from 3:00 to 7:00PM at Woodfin Funeral Chapel, and the service will follow at 7:00 that evening.

Immediately following her retirement, she entered the Sarah Cannon Cancer Institute in Nashville where she spent 30-days in treatment. DVP Board Chairman Mitzi Mayberry says based on her health prognosis, Johnson opted out of any remaining treatment and moved into hospice where she passed away just a few days later.

Deborah, as she is called by so many, spoke to WGNS on the radio this past October about the greatest accomplishment of her time with the Domestic Violence Program...

A native of Cleveland, OH, she was the daughter of the late George Frederick and Olive Ann Jedlicka St. Bernard. Mrs. Johnson was also preceded in death by her husband, Richard Johnson who died in 2014.

A Celebration of Life will be Thursday January 5, 2017, at Woodfin Memorial Chapel.

Mrs. Johnson was the director of the Domestic Violence Sexual Assault Services in Murfreesboro where she served for 30 years before her retirement in October, 2016.