Arrest Made After Stolen Toyota Recovered in Murfreesboro 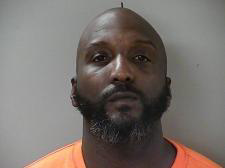 A stolen Toyota was recovered by Murfreesboro Police this past Friday when an officer spotted the vehicle in the area of East Main Street. In fact, the officer who took the report of the car being stolen is the one who saw it several hours later.

During a traffic stop, 43 year old Chike Collier of Murfreesboro was found to be driving the 2009 Toyota. He told officers that he "borrowed" the vehicle to run to the store in.

As it turns out, Collier was not supposed to be driving any car. His license was revoked, so police charged him for a third time with "Driving on a Revoked License." Collier was also charged with "Theft Over $10,000." The rightful owner of the Toyota was called to the scene to retrieve the missing car. Collier was also served a warrant out of Wilson County for failing to appear in court.