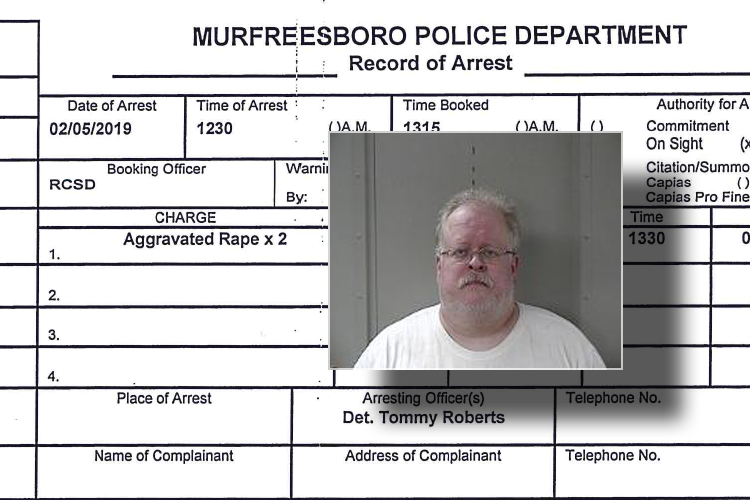 A 48 year old man on Fens Way in Murfreesboro has been charged with the aggravated rape of a child that dates back to 1988.

Robert Todd Tarkington was apprehended on Tuesday (2/5/19) afternoon by SVU Detective Tommy Roberts. The arrest report stated, "The investigation showed that the sex abuse occurred between 1988 and 1990."

Originally when the case was investigated for the first time in 2016, it was thought that charges could not be prosecuted due to the statute of limitations. However, it was later discovered that due to a small window in the law books from the 1980's, an arrest could be made.

Tarkington was charged with two counts of Aggravated Rape based on laws in the 1980's. Tennessee Code Annotated states that T.C.A. 39-2-603 is defined as, "Unlawful sexual penetration of another accompanied" by certain enumerated aggravating circumstances, including that the victim is less than thirteen years of age. T.C.A. § 39-2-603"

As for the victim in this case, it is the same man who has been pushing to eliminate the statute of limitations in Tennessee... WGNS' Scott Walker who was only 11 and 12 when the abuse was reported to have occurred. At that time, the suspect would have been 18.