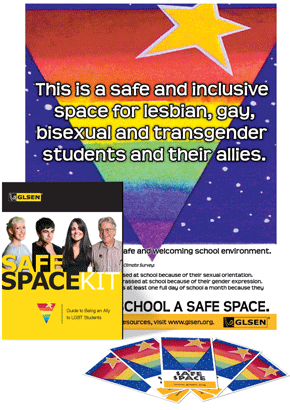 A newly formed community group is standing up for a small group of students at one local school who were told they cannot hang GLSEN posters in classrooms because of the poster content. GLSEN stands for  the “Gay, Lesbian, Straight Education Network.” Seth Limbaugh who is a member of the community group told WGNS (1:25 min)…

The ACLU told the county school board in a letter that Central should re-post the gay and lesbian “safe spaces” signs and posters for students. To date, those signs have not be allowed back in the classroom.

The community meeting is open to anyone who wishes to further the fight for equality, and will be held at Out Front On Main, Inc. at 6:30PM and go until about 8PM. Out Front On Main can be found at 1511 E. Main St, Murfreesboro TN.

Seth Limbaugh with Out Front on Main in Murfreesboro / Community Activist

Read the actual letter to the schools from the ACLU here.

Read the press release from the ACLU here.