6AM July 4th fire at The Pointe at Raiders 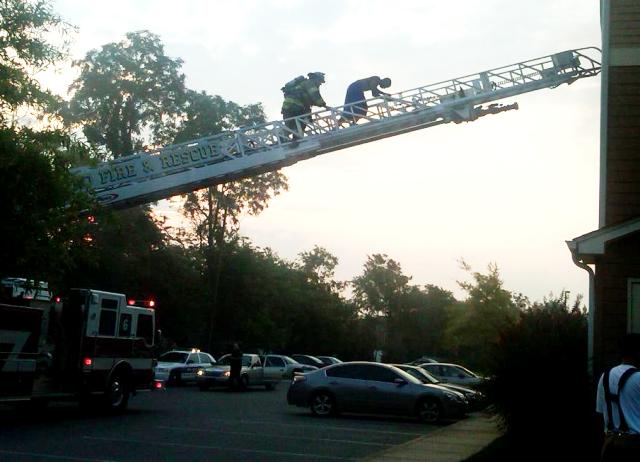 One man was trapped on his third floor balcony when an early Monday morning (7/4/2011) blaze spread through a building at The Pointe at Raiders, a luxury apartment complex for students located at 2315 North Tennessee Boulevard.

Around 6:00 o'clock in Independence Day morning, heavy smoke poured from the complex while Murfreesboro firefighters used a ladder truck to rescue the victim. One unit received fire damage, and several sustained water damage. Officials say that the sprinkler system prevented the flames from spreading and doing more damage.

Special thanks to WGNS' listener Mark McCluskey for the photo of the Murfreesboro Firefighters.