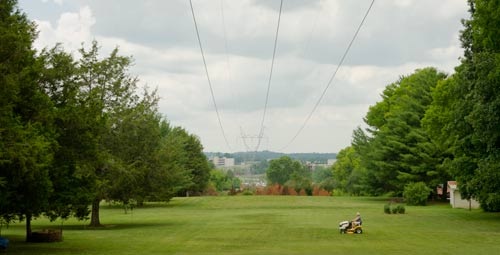 Labor unions representing more than 13 million American workers have joined the fight to prevent the transfer of the publicly-funded Tennessee Valley Authority (TVA) to private interests.

Acting at the quadrennial convention of the AFL-CIO in Los Angeles, delegates from more than 50 U.S. labor unions called on America’s labor movement to “work with Congress in opposing any effort by the Obama Administration to undertake a study and/or move toward selling the TVA to private interests.”

Resolution 39, Reject any attempt to privatize the Tennessee Valley Authority, was co-sponsored by the International Federation of Professional and Technical Engineers (IFPTE), the International Association of Machinists and Aerospace Workers (IAMAW), the Building and Construction Trades Department (BCTD) and the Metal Trades Department (MTD).  It was passed unanimously by AFL-CIO convention delegates.

“Privatization of TVA is a very bad idea,” said Engineering Association (EA)/ IFTPE Local 1937 President, Gay Henson. Speaking in support of the resolution on behalf of thousands of IFTPE Local 1937 members at TVA, he informed AFL-CIO delegates that privatization “would diminish the critical role that TVA has played in the region, negatively impact the economy of many states, and bring a catastrophic blow to the more than 13,000 jobs – many union jobs – at TVA.”

“It’s tremendously important to have the full backing of America’s labor movement, representing millions of working families,” said IFPTE international president Gregory Junemann. “The voice of our members will now be that much stronger in urging Congress to reject any attempt to dismantle TVA. It’s the largest public utility in America, and is one of the most successful public works projects in the history of America.

“Our union and the entire AFL-CIO will work together to make sure the public continues to own this national treasure,” said Junemann.

Full text of Resolution 39 and other resolutions approved at the AFL-CIO convention can be found at www.aflcio.org/resolutions.