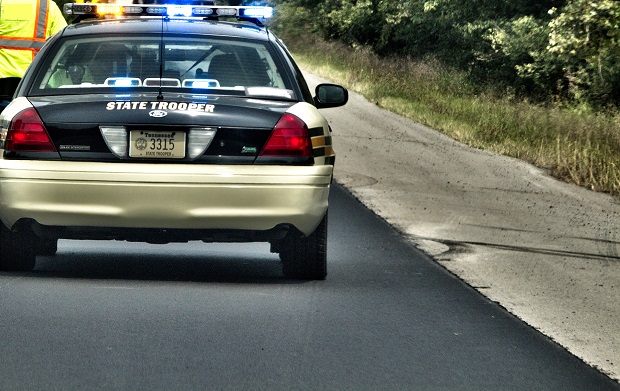 A police pursuit that ended in a serious car accident occurred as the New Year began in Rutherford County in the Smyrna area. The crash happened after a short pursuit that started on South Church Street in Murfreesboro. Evidently the driver of the car in question was driving about 20-miles per hour over the speed limit when authorities tried to pull her over. That was when the pursuit started on S. Church.

The female driver fled from the Tennessee Highway Patrol and headed to the Smyrna area where she wrecked into another car on Almaville Road at McNairy Road. Sgt. Bill Miller with the T-H-P told WGNS the suspect was driving on a revoked license when she fled from authorities eventually loosing control, crashing and being ejected from her car. Minutes after the wreck she was airlifted to Vanderbilt Medical Center in Nashville. After regaining consciousness, she was charged with DUI while in the hospital. The extent of her injuries is not known, however Sgt. Miller did tell us the injuries were not life threatening. Sgt. Miller told us that she hit another car on Almaville Road when she lost control. Those in the vehicle that was hit by the suspect, were not seriously injured.

The suspect's name has not been released at this point and the pursuit is under routine investigation by an outside agency.