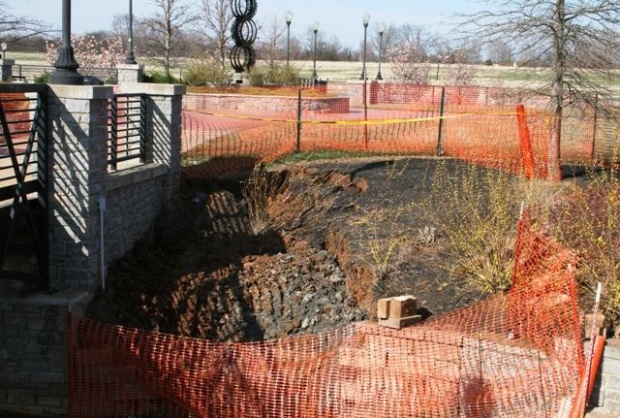 Land collapsing around the city's Gateway Island has the popular venue closed to the public until city officials are certain the area is safe.

When the city developed the area, one of the main selling points to developers was the proposed pond with giant water fountains, Gateway Island, and surrounding Greenway walk. The city built a catering facility in the middle of the island. That is rented for weddings, events and other attractions that need hot food. It also includes restroom facilities. That all seemed to be a good use for an old city landfill that could not be used for other purposes.

Now that St. Thomas Rutherford Hospital, Murfreesboro Medical Clinic and numerous "class A" office complexes have been built around the water feature, the site has been plagued with different types of earthen cave-ins. The most recent was adjacent to the bridge that connects the Greenway to the island. That area is closed while officials search to discover the source of the problem.

Over the past few days, city engineers have met with geo-technical firms to do a comprehensive sub-surface analysis of the land. It's hoped that a seismic-refraction study of the area will reveal what is under the surface, and best show how repairs can be made. They hope to have the results by late April or early March. WGNS News will keep you informed.

It's not just an earth problem, the water feature has soaked-up water and tax dollars since it was opened. Several attempts have been made to repair the leaks from draining the lake and using clay as well as special sheets placed as liners on the bottom of the pond, but each time the water level drops. And even now, with water being visible in much of the area, it is still very shallow. (above photo show heron walking on the bottom while in the middle of the pond) 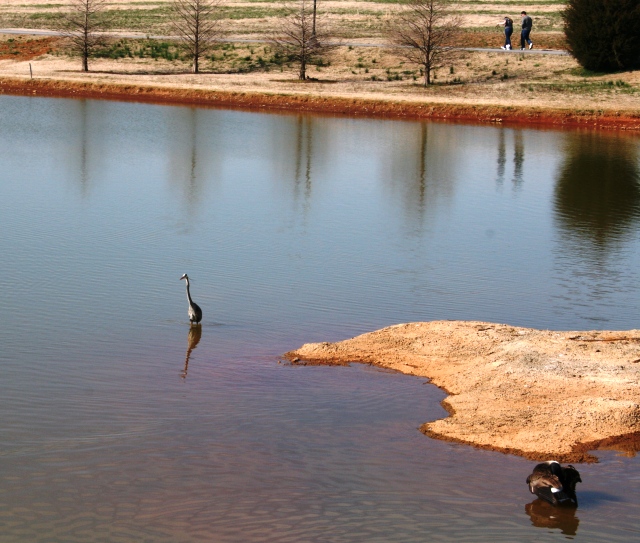 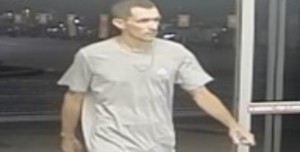 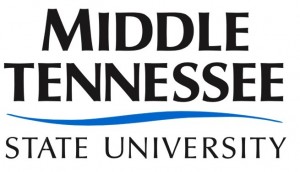