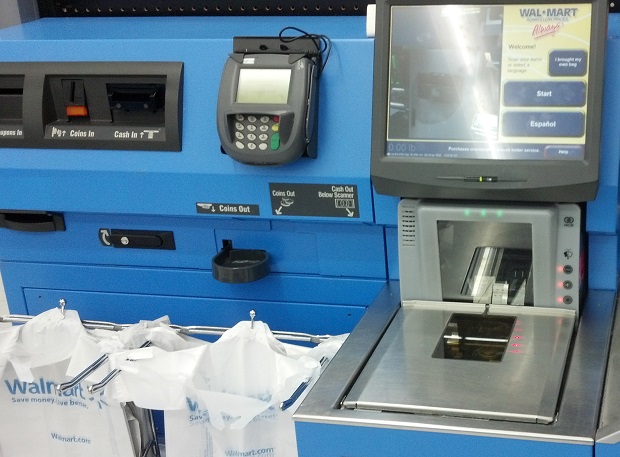 A Walmart customer who told police he was angry because he could not get any assistance, allegedly punched a self-checkout machine causing over $800 in damages. The suspect was evidently having problems with the self-checkout machine when he reportedly became angry and punched the screen, breaking it.

Walmart is giving the man 30-days to pay for the broken machine and if he fails to pay, they will take out a warrant for the culprits arrest. If arrested, he will face a Vandalism over $500 charge.

The incident occurred at the Murfreesboro Walmart on Old Fort Parkway. The report did not say if the shopper injured his hand when he allegedly punched the screen.