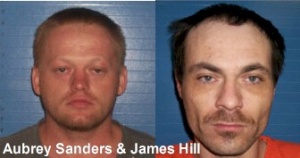 Two men escaped from the workout yard at the Cannon County Jail during the lunch hour Wednesday (7/6/2011). Cellmates James Hill and Aubrey Sanders were able to pull a hole in the fence, and slipped through it. Employees at the Stones River Hospital saw the fugitives run past and slip into nearby woods.

Both men are 31-years of age. Hill was in jail on attempted murder charges, while Sanders was behind bars on drug charges.

Both men are wearing white T-shirts. One is wearing burgundy sweatpants, while the other male is wearing gray sweats.

If you see either of these men, they are considered dangerous. Immediately call the Cannon County Sheriffs Office at 615-563-4322. 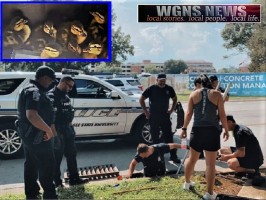