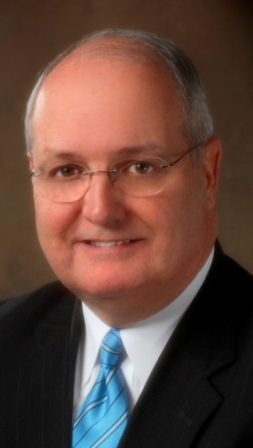 Bruce Plummer has joined Family Staffing Solutions, Inc. as vice president of development. The Murfreesboro based personal care assistance company's President and CEO Becci Bookner said, "Bruce’s ability to analyze a business within an industry’s business cycle and to help grow a company is what prompted me to ask him to join our executive team."

Bookner continued, “I am confident that Bruce has the ability to contribute to the growth of our company over the next several years as we embark on aggressive expansion plans for corporate outlets as well as franchise units in middle Tennessee.” Family Staffing Solutions now has offices in Nashville, Murfreesboro and Shelbyville, along with franchised offices in Dallas and Lewisville, Texas.

Plummer noted, “The recent reorganization by the corporation and the termination of a franchise agreement that had been in place for Rutherford County for the past four years are positive steps.  They reaffirm the mission, purpose and – most of all – high operational standards of the firm to provide aging adults the opportunity to stay independent at home."

During his 40 year banking career, Plummer worked primarily in Rutherford County with Wilson Bank & Trust, MidSouth Bank and SunTrust Bank.  In addition, he was vice president and director of education for the Tennessee Bankers Association for a decade.

Plummer is a longtime Murfreesboro resident who has served as a trustee with the Middle Tennessee State University Foundation, Rutherford County coordinator for the Father-Daughter Summits of the National Center for Fathering, and past drive chairman for both the March of Dimes and American Heart Association. He is a member of Murfreesboro's First United Methodist Church, as well as an organizing board member and former treasurer of Main Street Murfreesboro/Rutherford County, and former treasurer of United Way of Rutherford County. He is a former member of the executive board and finance committee of the Middle Tennessee Council of Boy Scouts of America. He is an Eagle Scout with three palms, recipient of the Silver Beaver Award, and Long Rifle Award.