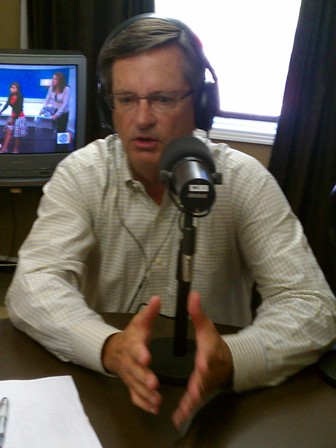 As Murfreesboro nears its year of celebrating the city's bicentennial, leaders are encouraged to attend a Community Bicentennial Planning Meeting at 10:00 o'clock Thursday morning, July 21st. It will be held in the dining room at the Patterson Community Center at 521 Mercury Boulevard.

Murfreesboro Mayor Tommy Bragg (left photo) said, "We would like for civic groups, businesses, schools, faith-based organizations, and every citizen of Murfreesboro to be a part of this yearlong, citywide celebration."

The Murfreesboro Bicentennial Steering Committee is hosting the plannng meeting on July 21st, and the goal is to have an open exchange of ideas to plan events and activities to commemorate this important occasion.

Bragg explained, "On October 17th, 1811,legislature designated our great city as the county seat of Rutherford County. First named Cannonsburgh, but then becoming Murfreesborough a month later, the City of Murfreesboro is approaching its 200th birthday."

Again, the community is encouraged to attend the Community Bicentennial Planning Committee at 10:00 o'clock Thursday morning, July 21st, in the dining room at the Patterson Community Center. That facility is located just off Broad at 521 Mercury Boulevard.