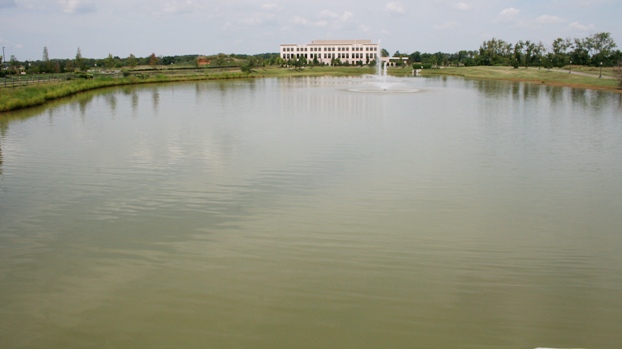 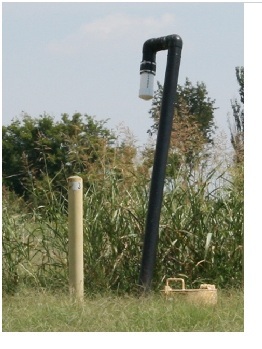 still have not determined what caused approximately 2,000 pounds of fish to die, they have ruled out any problems from old city landfill that is adjacent to the site. As you recall, the City of Murfreesboro's landfill used to be at this location, however it was closed in 1973. Vents protrude from the earth on the north side of the 30-acre pond to allow methane gas to be released from the decaying garbage. (left photo)
ADVERTISEMENT

American Enviro Services of Murfreesboro quickly handled the carp clean-up. In fact, residents who walked the path around the pond early Saturday morning, discovered that all was back to normal. Cost was estimated to be approximately $10,000.