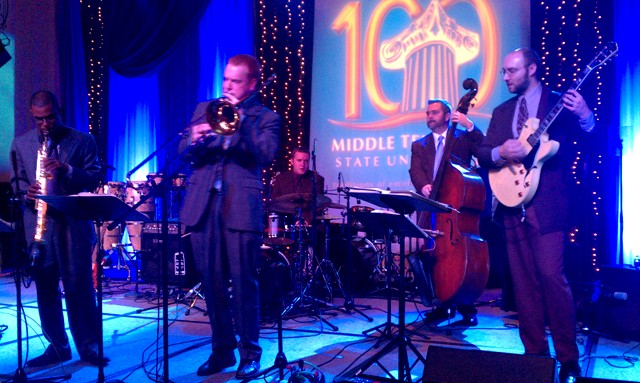 On Friday night (9/9/2011) Middle Tennessee State University's BICENTENNIAL GALA packed the conference center grand ballroom of the Embassy Suites, which has a capacity of 1,600. This was the beginning of an exciting weekend that includes the Blue Raisers hosting Georgia Tech. That game will be broadcast live on WGNS (FM 100.5, FM 101.9, AM 1450, worldwide at www.WGNSradio.com).

The MTSU School of Music (above photo) furnished the live music for the blue tie formal before and during dinner, while the Tyrone Smith Revue took to the stage shortly after 10:00 o'clock.

MTSU President Sidney McPhee noted, "It took 50-years for the school's enrollment to reach the number of persons who were in the ballroom." Dr. McPhee explained that when the Normal School opened in 1911, that Murfreesboro's population was 5,000 residents and the student body total was 125. 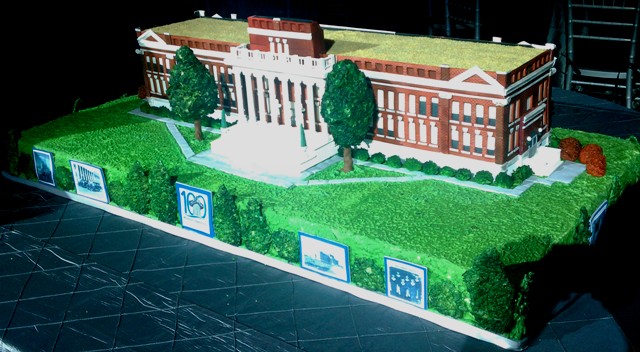 (Above photo) The Centennial birthday cake was designed and created by Lenneke Lyon Driskill (class of '02).