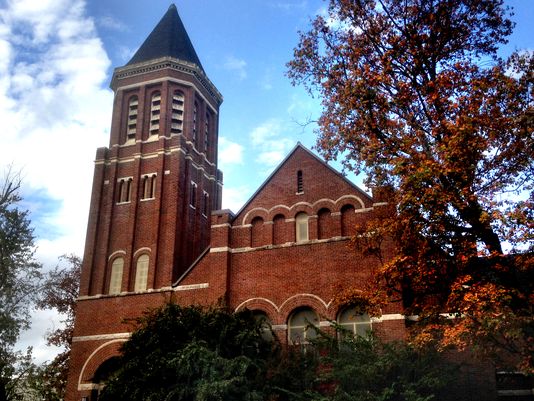 What was once the home to First Methodist Church could soon see some major changes. The church building, that was most recently a bank, is at the intersection of East College Street and North Church Street directly off the local square.

You may recall the Murfreesboro Council asked for developers interested in the property to submit proposals to the City. That list of proposals from perspective buyers was at four and now it is down to only one.

Murfreesboro Mayor Shane McFarland told WGNS about the developer who may move forward with a new project...

The building originally sold to Mid South Bank after First Methodist built a new church building on Thompson Lane. Several years after the bank was purchased, the City of Murfreesboro bought the property. Now, the city aims to sell the building to a developer.

On Jan. 7, 2016, Council authorized City acquisition of the property on East College and Church Street owned by Franklin Synergy Bank for $1.55 million. City leadership is seeking to facilitate the proper development of the property while preserving at least some portion of the former First United Methodist Church brick structure and its iconic bell tower. The building dates to 1888 and served the congregation of First United Methodist until the congregation relocated to Thompson Lane in 2003.