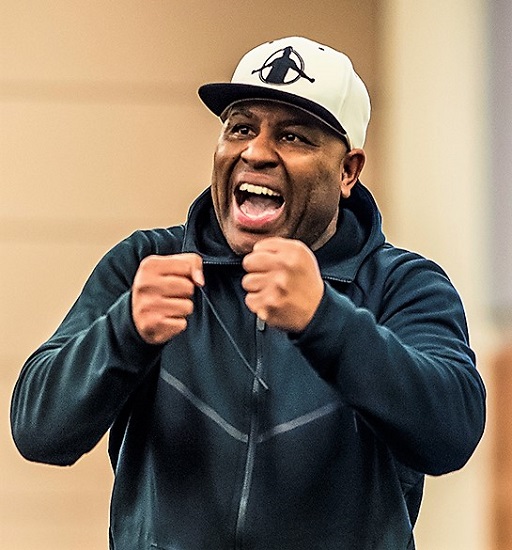 February is "Black History Month" in America and the celebration has been a major part of MTSU's calendar of events with the new Student Union Building having standing room only Monday (2/26/2018) night as hip-hop communicator and first-generation educator, Eric Thomas lovingly delivered a wake-up call.

Speaking to a largely student audience, the author, minister and motivational speaker -- also known as "ET, The Hip-Hop Preacher" -- emphasized the importance of taking advantage of opportunities such as going to college instead of playing and partying at the expense of their education.

Invoking African-American legends such as Underground Railroad leader Harriet Tubman and assassinated civil rights leader Medgar Evers, Thomas indicated that students who ignore their studies also are ignoring the sacrifices their ancestors made.

Makayla Walker, a junior multimedia journalism major from Memphis, said she was familiar with Thomas from his online videos.

"I think he is motivational because he can relate to all of us no matter what age he is, and, no matter what he's talking about, we all can find something with some meaning to it," Walker said.

While acknowledging students who complain of homesickness, Thomas encouraged them to associate with "people who don't look like you," to take study-abroad classes and to expand their circle of acquaintances, even if they're initially unsuccessful.

"Success is going from one failure to the next without losing enthusiasm," Thomas said, quoting former British Prime Minister Winston Churchill.

While asserting that he "ain't smart," Thomas touted his ability to become the first college graduate in his family and a financially successful motivational speaker by learning the "language, codes and rules" of America's majority educational and business superstructures.

Thomas, a high-school dropout from Detroit, recalled being hungry, living in abandoned buildings and contemplating suicide before a minister encouraged him to go back to school and fulfill "the anointing" that was on him.

After earning his bachelor's degree from Oakwood University in Huntsville, Alabama, and his master's and doctoral degrees from Michigan State University, Thomas created the Advantage program there. The program focuses on helping "high-risk college students by improving their study habits and increasing their retention rates," according to his website, www.etinspires.com.

Thomas's consulting firm has worked with the employees of clients that include General Electric, Procter & Gamble, the National Football League, the National Basketball Association and Major League Baseball.