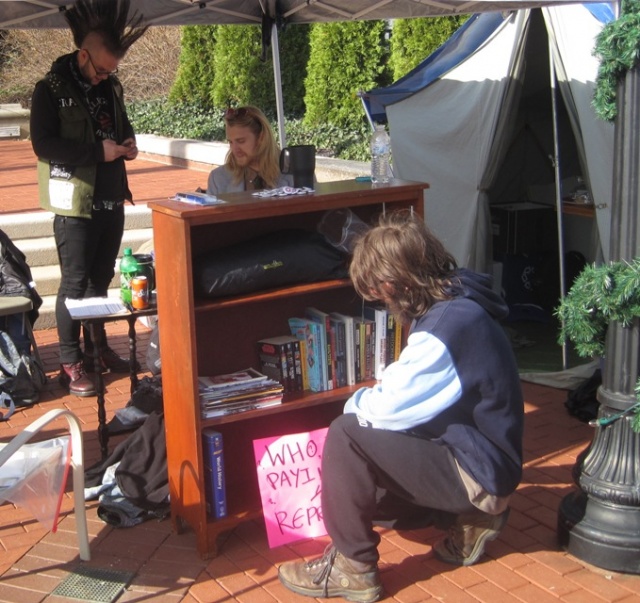 A couple of "Occupy Murfreesboro" protestors are holding on, despite temperatures falling to the low 20's overnight. The city issued citations again to the campers who are illegally using the public area.

When talking with WGNS News, one of the "Occupy Murfreesboro" participants was clear that they were not camping on the Civic Plaza . . .

In talking with some of the protesters, they vow to stay until their concerns are answered. They have set-up a small library in one tent, and claim it has books that help to support the issues that concern them.

The tents were covered with extra tarps in an effort to shelter the occupants from the brutal winter weather.