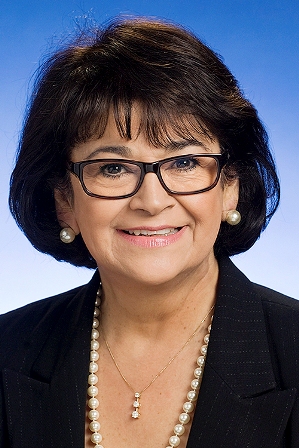 More than 1,780 students are expected to receive their degrees during MTSU’s fall 2011 commencement ceremonies, according to a report from Cathy Kirchner of the University’s Registrar’s Office.

MTSU will again feature dual ceremonies and dual speakers beginning at 9 a.m. and 2 p.m. Saturday, Dec. 17, in Murphy Center. Of the 1,787 set to graduate during the event, 1,494 are undergraduates and 293 are graduate students, including 273 master’s candidates, 15 education-specialist recipients and two doctoral candidates. Three graduate students also will be receiving graduate certificates.

Tennessee State Sen. Dolores R. Gresham, R-Somerville, will serve as the guest speaker for the 9 a.m. ceremony. Gresham has represented the 26th District, which includes Chester, Crockett, Fayette, Hardeman, Hardin, Haywood, McNairy and Wayne counties, since 2008. She alsoserved as a state representative for the 94th District from 2002 to 2008

Gresham, who is a farmer, small-business owner and a retired lieutenant colonel in the U.S. Marine Corps, earned her bachelor’s degree at the University of the Incarnate Word and master’s degrees at George Washington University and Loyola University.

She currently chairs the Senate Education Committee in the Tennessee State Senate and is a member of the Senate Transportation, Finance and Commerce Committees, as well as the Select Oversight Committees on Children and Youth, Corrections, and the Tennessee Education Lottery Corp., respectively. She also has served as vice chair of the Tennessee Homeland Security/Disaster Preparedness Task Force and as secretary of the Republican Caucus during her tenure in the state House of Representatives.

Gresham is a member of numerous organizations, including the Chambers of Commerce in Fayette, Hardeman, Hardin, Crockett, Wayne and Haywood counties as well as the Oakland Regional Chamber of Commerce, Tennessee Firearms Association, Tennessee Farm Bureau and Tennessee Right to Life. She is a former director of the Southwest Tennessee Community College Foundation Board and a member of the National Cattlewomen’s Association as well as a life member of the National Rifle Association and a a board member for the State Collaborative for Education Reform. 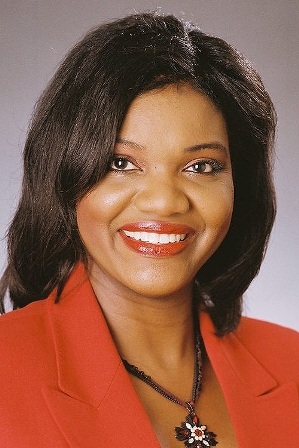 She is a recipient of the MTSU Young Alumni Award and was among the first inductees placed on the College of Mass Communication’s Wall of Fame. The Nashville native spent her earlier career at some of the most revered television stations in the nation, including WABC in New York City, KDFW in Dallas, KUSA in Denver and WSMV in Nashville. She has garnered national recognition as a consumer investigative reporter, show host/news anchor and documentary/specials producer. Her work has also been featured on CNN, ABC News, BET, NBC, Shop At Home Television and The Black Family Channel.

Winfrey has received an array of media and community-service awards in addition to her Emmy, including the National Press Club Award for Consumer Journalism, National Association of Black Journalists Award and the American Red Cross Award forsaving a co-worker's life. Winfrey also has been honored numerous times for her extensive work in promoting cancer awareness. As a longtime supporter of music and the arts, Winfrey is the managing executive producer for the PowerhouseArtist Breakout Series in partnership with the Berklee College of Music in Boston and is one of the co-authors of the children’s book “The ABC's of Etiquette with Ariel, Raquel and Friends.”

Graduation committee members emphasized that students who participate in commencement will be required to stay for their entire scheduled ceremony. The ceremonies should last about two hours each, so graduation candidates planning celebration activities should be aware of this time commitment.

For more information about commencement, please visit the Records Office website at www.mtsu.edu/records/grad.shtml.