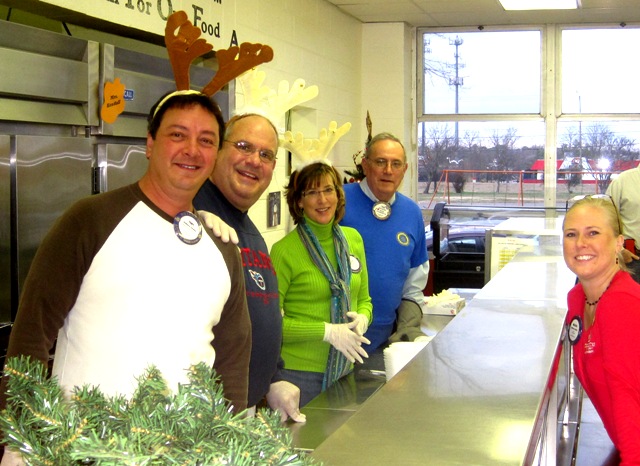 The Murfreesboro Rotary Club's Annual Christmas Pancake Breakfast spread even more cheer this year. This was the third year that the event has been at Middle Tennessee Christian School. Each year, the club's president-elect is in charge of coordinating the festive occasion that has become a holiday tradition for many area families. 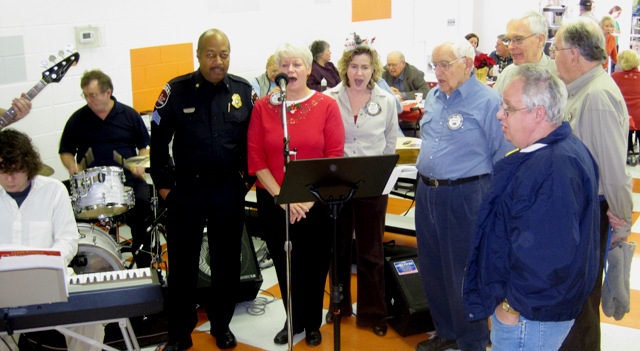 President-Elect Kent Syler said, "Over 800 persons enjoyed the made from scratch pancakes along with live Yuletide favorites from Rotarian David Kiviniemi on drums (pictured above) and his friends." The breakfast was Saturday morning, December 10th, and Syler noted that plans are already underway for next year's event in which the new President-Elect Mark King will supervise.

Fun For All Ages

In addition to the live music, there were other forms of entertainment. One reportedly was the Wonderman act as Rotarian John Hinkle amazed the younger set by pulling huge bags of treasures high in a single swoop (photo below). 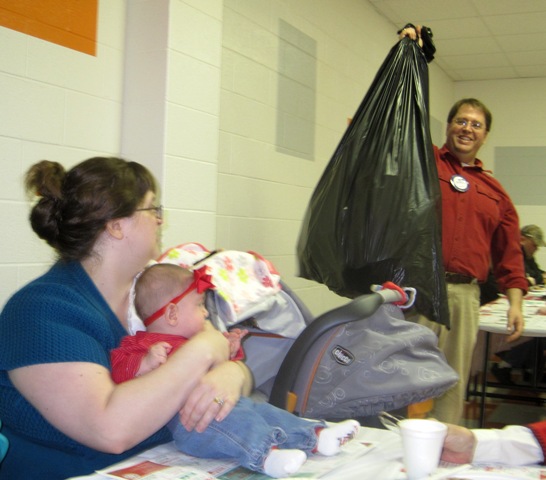 And then there were SPECIAQL PANCAKES

The club's doctors, bankers and financial analysts created the pancakes. But one set of pancakes created by Dr. Roy Thompson brought much discussion. (Below) President-Elect Kent Syler displays one of those unique delicacies. That's an edible Rotary logo. 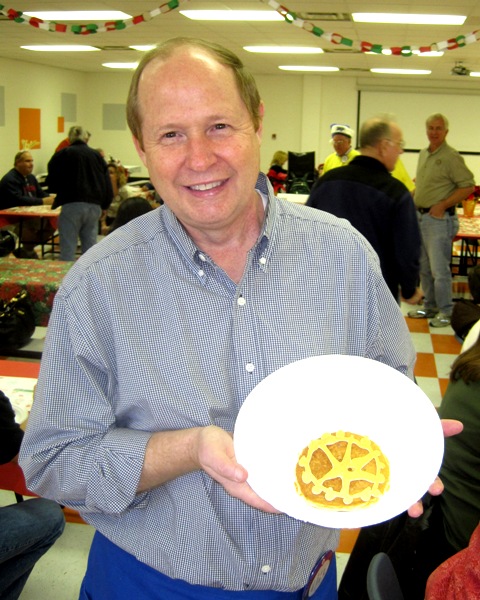