Rhiannon Giddens, co-founder of the Grammy Award-winning string band, The Carolina Chocolate Drops, is passing her distinctive banjo skills to eleven-year-old musician, Uma Peters through a one-on-one apprenticeship supported by the Tennessee Traditional Arts Apprenticeship Program, an initiative of the Tennessee Arts Commission's Folklife Program. Under Giddens guidance, Peters is learning techniques and tunes specific to the gourd banjo--an older, fretless version of the instrument predating those more commonly played in old-time and bluegrass music.

"There are very few people who play this music because of its association with minstrelsy," said Giddens. "But I believe it is very important to understanding the development of clawhammer banjo, understanding the culture that American banjo playing developed in, and rescuing these obscure banjo techniques that can enhance modern banjo playing."

ADVERTISEMENT
"I have been playing clawhammer banjo since I was 7-years-old. I wanted to learn to play banjo after watching Rhiannon Giddens and the Carolina Chocolate Drops," said Peters. "I liked their groove and sound, and it made people want to dance. I also wanted to be able to play and sing like that. I looked up to Rhiannon because I had never seen clawhammer before, and had never seen a woman playing banjo." Peters, who is Indian-American, also explained: "I had never seen a musician of color playing this music."

Giddens and Peters are working together for a period of nine months. Their lessons are based on the Briggs Banjo Instructor, a manual for playing techniques and a collection of folk and stage tunes that was first published in 1855. The apprenticeship project also includes public performances together.

Giddens gained recognition as a solo artist when she performed at the "Another Day, Another Time" concert at New York City's Town Hall in 2013. In 2015 Giddens released her critically acclaimed solo debut album, the Grammy-nominated Tomorrow Is My Turn, which blended American musical genres like gospel, jazz, blues and country. Giddens' follow-up album, Freedom Highway, was released in February 2017. Giddens has received the BBC Radio 2 Folk Award for Singer of the Year and the Steve Martin Prize for Excellence in Bluegrass and Banjo. In 2017, Giddens was awarded a MacArthur Genius Award. In February, Giddens released her latest album project, Songs of Our Native Daughters, a collection of reinvented slave narratives with Amythyst Kiah, Leyla McCalla, and Allison Russell. Giddens will release her new solo album, There Is No Other, on May 3rd on Nonesuch Records. Produced by Joe Henry, the album is a collaboration between Giddens and Dublin based multi-instrumentalist Francesco Turrisi.

Apprentice Uma Peters has performed with her brother Giri at the Brooklyn Americana Fest, IBMA's Shout and Shine Celebration of Diversity, Tennessee's Poetry Out Loud, and many other concerts, festival, and contests. Uma and Giri are currently at work on Origins, their first studio album, to be released later this year.

The Tennessee Arts Commission's Traditional Arts Apprenticeship Program is an initiative designed to encourage the survival, continued development, and proliferation of our state's diverse folklife traditions, especially those that are rare or endangered. Funding is awarded to eligible teams of master artists and apprentices committed to preserving, typically through one-on-one training, a traditional art form deeply rooted in their community and cultural heritage.
Sections: News 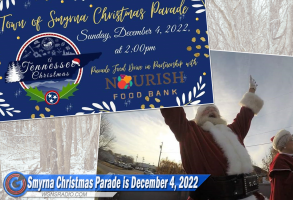