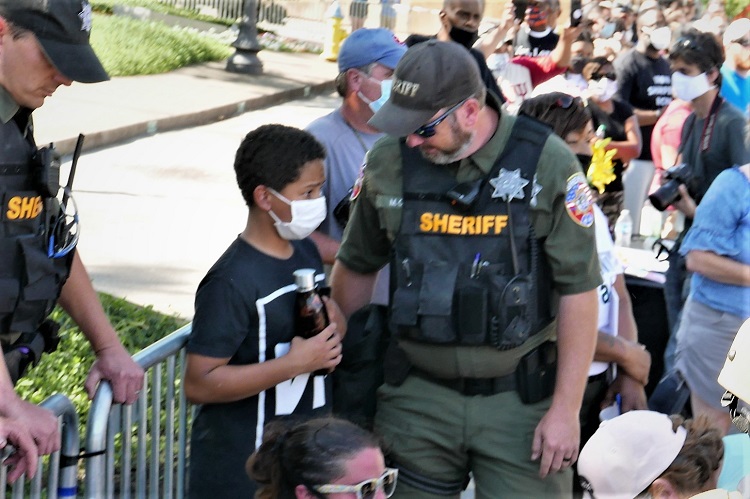 We salute SRO Matt Clagg with the Rutherford County Sheriffs Office. Officer Clagg was one the sheriff's deputies who assisted with the recent vigil on the Murfreesboro square. A woman fainted and a young boy's mother rushed to help. In the excitement, the youth was separated from his mother by the horse patrol and an ambulance. SRO Clagg compassionately saved the day by calming the youngster and staying with him until his mother returned. He was also on duty when later the protesters marched to the Adult Detention Center. His actions kept the peace in our community.