Trading the Opry Stage for the Principal’s Office 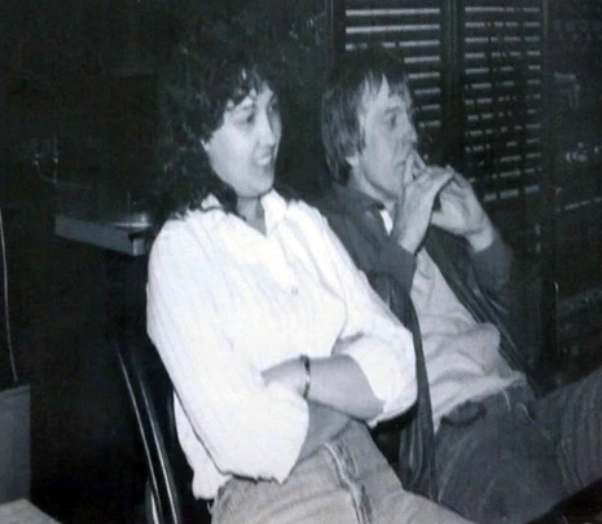 Judy Sides once lived the life of a musician, touring with John Conlee, performing in 49 states and making multiple appearances on the Grand Ole Opry. She now spends her days dedicated to the students as the principal of Smyrna West Alternative School, and she has no regrets.

Judy Taylor and her soon-to-be-husband Greg Sides had hoped to get married in May or June of 1983, but, because of their schedule, they opted for July 30.

Two days later, on Aug. 1, they were on a bus bound for California.

That was the life of touring musicians.

Judy Sides — who begins her 30th year in education this August — spent eight years playing rhythm guitar and singing backup on tour with John Conlee from 1980 to 1988, and her husband played keyboards.

“We always laugh and say, ‘John Conlee set our wedding date,’” recalled Judy, who vividly remembers a honeymoon story from their first trip to the west coast after tying the knot. Conlee was playing his way back toward Nashville when the band had a show at the Pratt County Fair in Kansas.

While introducing the band, Conlee told the crowd Judy and Greg had recently gotten married.

“Before the show was over, here comes this person bringing up these T-shirts they had made,” Judy said, “a blue one and a pink one that say, ‘I honeymooned in Pratt, Kansas.’”

Thirty-seven years later, she and Greg still have those shirts.

She has not been on stage with Conlee in at least 15 years.

Judy Taylor was born and raised in Rutherford County.

She grew up singing.

A friend of the family bought her a Grammar Guitar for her 10 birthday and, coincidentally, she performed on the Opry for the first time that same year.

Back then, the Opry was still located in downtown Nashville at the Ryman Auditorium.

She does not remember the song she sang but has never forgotten the microphone was too high and would not lower any further, so a stagehand stacked up two wooden Coca-Cola cases for her to stand on.

“Really, I do not remember a time in my life where music was not important,” said Judy, who still has that first guitar.

At 12, she decided to join a cover band. Her parents — Sylvia and the late Buddy Taylor, who passed six years ago this October — would drive their daughter to nightclubs throughout the Midstate area and Judy would sing and play guitar in front of beer-drinking crowds well-beyond her age. Even after she was 18 and attending Middle Tennessee State University, her parents would still come out every Friday and Saturday night to see their daughter perform.

It was a way of life.

Despite playing in a band throughout her four years as a student at Riverdale High School, Judy still went to football games and played on the girls basketball team — “I wasn’t very good, but I enjoyed my time” — but it wasn’t until her senior year that she found her niche as a member of the Riverdale Singers.

The program was started by Nancy Dinkins, who is now known as Nancy Stewart, when Judy was a junior and was asked to audition her senior year.

Judy may have had more stage experience than any of her classmates, but she did not read music.

“It’s all by ear so I think that helped me probably more than anything because it taught me some skills that I did not have,” Judy said of her experience with the Riverdale Singers. “I still don’t read music, but I can read intervals and I can follow a baseline and Riverdale Singers taught me that.”

She graduated from Riverdale in May 1977 and that August enrolled at MTSU, where she majored in history with minors in secondary education and psychology.

By then she was playing three, sometimes four, nights a week in more of a dance band and keeping up with her studies.

She also put together her own band Judy Taylor and the Taylormade.

The summer between Judy’s junior and senior year, a friend of hers, who worked at Acuff Rose Publishing, invited Judy to a charity golf tournament in Nashville that featured celebrities and music industry executives. Among the many people she met was record producer Bud Logan.

Logan had previously played with Jim Reeves and by 1980 he was now producing the likes of Jean Shepard and John Conlee.

“He called me and he came to hear the band,” Judy recalled. “Like a lot of thinkgs in my life, the puzzle pieces just seemed to fit at that time. John was looking for a female singer.”

She no sooner joined Conlee’s band in the summer of 1980, when Norro Wilson reached out.

Wilson was singer, songwriter — he’s written for Charlie Pride, George Jones and Tammy Wynette — and producer of albums for everyone from Reba McEntire, Kenny Chesney and Shaina Twain. At the time, he was head Warner Bros. Nashville and signed Judy to a yearlong development deal.

She cut three songs when she was not on the road with Conlee.

They were grooming her but the breakout hit never came.

“Part of me saw that happening,” she recalled, “but now as I sit where I am, I think God had different plans. I’ve never been bitter. I’m perfectly happy. I love what I do. I have a wonderful family.”

Her time with Conlee, however, was a whirlwind.

He released five of his No. 1 hit singles — including four in a row: Common Man, I’m Only in it for the Love, In My Eyesand As Long as I’m Rockin’ with You— and they performed in 49 of 50 states, including regularly appearing at the Opry six to 10 times a year.

In 1985, John Conlee was on the bill for the inaugural Farm Aid concert.

“There were so many people from different areas of music,” Judy said of the show that drew more than 77,000 fans to an open field in Champaign, Illinois. “It was amazing and one of my heroes, in fact, was there and I got to meet her and talk to her. It was Rita Coolidge.”

She added, “They were all at the top of their game.”

Judy was only 21 when she first went on tour. Eight years later, she and Greg were ready to start a family. Greg’s father had suffered a massive heart attack and was hospitalized. He later passed.

That was when Judy and Greg agreed to leave Conlee’s band.

“In July of 1988 we came home at the same time and, boy, was that ridiculous,” Judy recalled. “We came home, we had a house, we had bills, we had no jobs and I went back to school.”

She finished her degree and took a job teaching.

He sold cars and picked up gigs on the side.

Together, they reunited their band.

“Those are times that you struggle, and you wouldn’t take anything for those (days) because, in the end, they make you who you are,” Judy said. “In (December) 1991, our first child was born.”

Neither of them missed packing for a two-day trip only to get caught in a snowstorm for two weeks and being on the road for 285 days a year — true stories — and appreciated waking up in their own bed and, more importantly, “know where you were in the morning because the bus had not traveled hundreds of miles while you were sleeping.”

But she’s used the memories and the lessons of those travels the rest of her life.

A few months earlier, in August, she started working at Oakland High School. She spent 17 years at Oakland, where she taught history. If she was teaching a unit that had to do with Alaska, she saw the glaciers and could bring in her own personal photos and talk firsthand about the experience. She also taught sociology and psychology.

Judy eventually left to become an assistant principal at Riverdale when Bill Spurlock, then an A.P. at Riverdale, took got the job as Oakland principal.

After eight years, Judy was named principal of Smyrna West. The 2020–2021 school year will be her fifth year as principal at one of two alternative schools.

“We’re a different kind of school,” Judy said. “Our students operate in a very structured environment and they are students that have made mistakes. I have always enjoyed working with this type of student.

“I’ve spoken with Mr. Spurlock and at the (school) board meeting, when I presented there, it’s just great to come into work every day and feel like at the end of the day, you’ve helped somebody be better and that’s what we do here. We want our students to be better students, better human beings and know how to deal with their problems better when they leave here.”

Looking back, Judy has lived out her mother’s prophecy of singing, teaching and preaching.

In addition to the music industry and education, Judy is a preacher who leads a small congregation every Sunday at Mount Vernon Cumberland Presbyterian Church, which is near Eagleville.

Sylvia Taylor knew from a young age her daughter was meant to teach.

“She said I had the smartest Cocker Spaniel puppy in the world because I talked to him frequently when I was little,” said Judy. “I’ve done all those things … and I’ve been a preacher since 2002.”

But the most important lesson she can share with students who find themselves at Smyrna West is they too can make changes, or they can continue down a road of mistakes.

At 61, Judy no longer performs but she has guitars sitting out in various rooms at her home and one in her office. She plays whenever the moment hits her and often ponders the decisions she made and knows that her life would have turned out much differently had she gone in another direction anytime she faced one of those forks.

“I’m just really thankful that God let me know which fork to take,” said Judy, “and there were times I didn’t think it was the right fork, but it turned out to be.

“I’m so happy to be where I am,” she concluded. “The road led me to the hill here at Smyrna West, and this is where I want to be.”