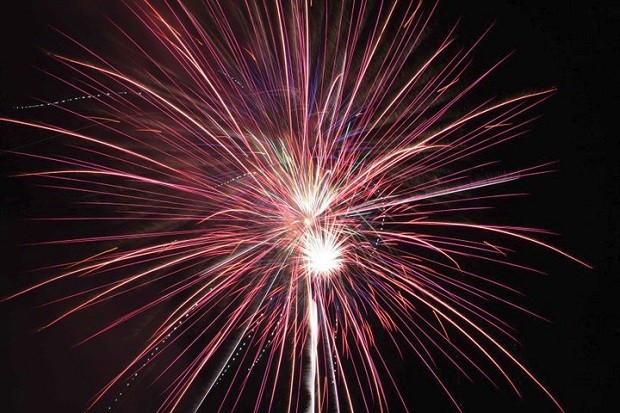 Be careful as to what kind of fireworks you shoot in the city limits of Murfreesboro because some are illegal to buy and use.

That was MPD Lt. Clayton Williams. Several years ago, police were a target of reloadable mortar type fireworks.

Another issue that police deal with every 4th of July and in the early hours of New Year's Day is the firing of guns.

It is illigeal to fire a gun in the city limits of Murfreesboro, unless the firing of the weapon is in an approved firing range.

As for the hours and days that fireworks can be used in Murfreesboro...

It is illegal to sale fireworks to:

• Anyone less than 16 years old and purchasers close that are must present to vendors a state issued photo identification as proof of age or must be accompanied by an adult.

• Any intoxicated person, or

It is illegal for anyone within the City to sell, use, or even possess:

• mortar fireworks with a tube (single or multiple) greater than 1½" in diameter.

• On private property without permission of the owner,

• On public property, which including public streets, or

• Within 600 of any church, hospital, or public school and 22’ for a fireworks vendor

• “Use” of a firework occurs where it is lit or launched and where it is directed or lands.

• From or at a motor vehicle, or

Note: Firework vendors in the City must provide purchasers a written list of the days and the hours of lawful use of fireworks is permitted. Vendors must also to provide written safety instructions appropriate for the type of fireworks sold.

ON WGNS RADIO: The City of Murfreesboro will present its annual fireworks display from a new location this year to celebrate Independence Day July 4. The city will shoot fireworks from the area of Medical Center Parkway near the Stones River and behind the Murfreesboro Fire Department. Although there will be no official venue with games, music or food, organizers are planning virtual activities leading up to the show through WGNS.

The July 4th event will start at 7PM on WGNS RADIO (FM 100.5, FM 101.9, AM 1450 and Streaming) and continue with syncronized music as the fireworks are being fired. You can sit in your vehicle near Medical Center Parkway to watch the display and listen to July 4th interviews and music.

A 2007 law prevents children under 16 from purchasing fireworks; and those who are age 16 or 17 must present a photo ID to purchase them. Other than age, no official "county" rules or regulations govern fireworks if you are using them outside of the city limits and in Rutherford County, TN.