Music Through the Decades: The 1970s 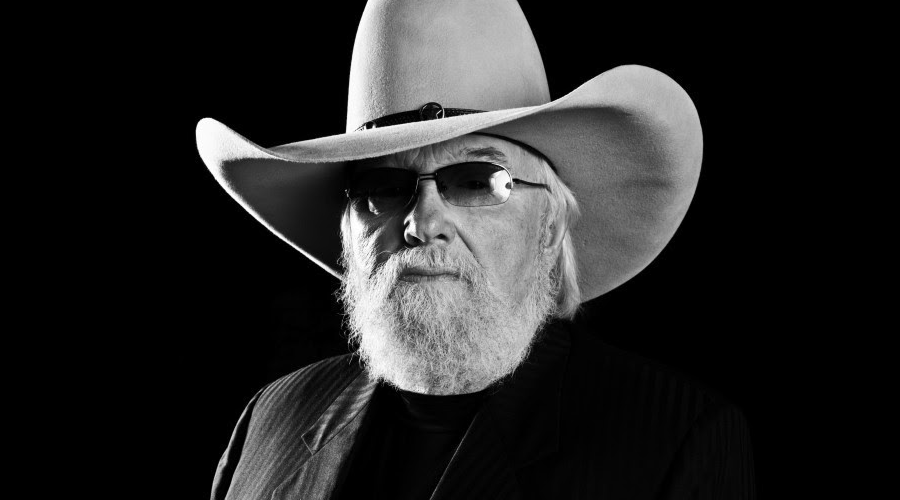 with Shacklett's Photography and Organizer with Uncle Dave Macon Days

ADVERTISEMENT
Under a dimly lit Tennessee flag wafting above a smoke-filled arena, music was flooding through every vein in our excited minds and bodies. Onstage were the musical heroes of our day—a bearded Charlie Daniels, his band, and friends that included members of the original Marshall Tucker Band and even a guest appearance by Dickey Betts of the Allman Brothers Band.

In September 1975, I was one of those nameless thousands at Volunteer Jam II at Murphy Center on the campus of Middle Tennessee State University. It was one of the most memorable moments in my concertgoing years. Spontaneously, the crowd roared with exhilaration as Charlie’s red-hot fiddle squealed and stirred the crowd like a hot rod burning rubber...

“The South’s Gonna Do It,” from the album Fire on the Mountain, was riding high on the charts. The song became a perennial anthem on FM radio. At Volunteer Jam II, the band was enjoying a peaking period of popularity that would continue building for a time. With Charlie producing 16 music events over the course of three decades, Volunteer Jam became known as a genre-blending musical extravaganza. As a new tradition surfaced out of Nashville, future Jams began taking on a life of their own. Guest artists were never announced, creating a buzz around the Jams.

In those days, it was all good! As Charlie exclaimed in his song “No Place to Go” at the first jam in 1974,
Ain’t it good to be alive, and be in Tennessee!

A pair of live performances from that inaugural Jam were featured on the 1974 triple-platinum album Fire on the Mountain. Volunteer Jam had become a happening, one of the first multi-band events to be staged.

At the dawn of the 1970s a new musical stance was emerging from the American South and styles were fusing into a brand-new sound—Southern rock. The cross-pollination of country and rock had occurred, with rhythm-and-blues blending with rockabilly, folk and bluegrass.

With a sold-out audience of 13,000, the second Volunteer Jam at MTSU had become a symbol of unity. Young Southerners in their early 20s had united in ideology through the music of the day. Whether real or imagined, many contemporaries felt that the South had been misunderstood, maligned and underappreciated.

Prevalent among young adults of the day was this question: “How could a culture produce such disparity of classes and prejudice?”

The Civil Rights movement resulted in some of the South’s darkest moments, including violent deaths, an assassination and destructive riots across our land. If you were young and a part of the counterculture movement in the South in the late ’60s and ’70s, you felt powerless, baffled by these irrepressible circumstances. The Volunteer Jam experience liberated our bewilderment. At last, we were unified and left with a determination to be a different kind of Southerner; a different American, too! Proudly, we could embrace our new identity.

It’s now been 40 years since the first Volunteer Jam. Charlie Daniels’ fusion of rock with country has become emblematic, creating solidarity and individualism in America. His riveting songs have cleverly promoted Southern rock and have become a rallying cry for the hard-working class. His music’s crossing of genres—rock, country, gospel, bluegrass and blues—is quintessentially Southern.

Recently, I had the opportunity to interview Charlie Daniels. Taking a few moments while on the road in Austin, Texas, this household name in American entertainment began to reflect on his 56-year career and the sound of the CDB.

“Still doin’ it,” this proud country boy exclaimed. “Still pickin’, still grinnin’, still enjoyin’, still lovin’ and thankin’ God that I am able to make a livin’ in a business I love so much!”

“What I am so thankful for is that I have been able to keep 25–30 people steadily and gainfully employed 40 years now. I’ve got people that have been with me for over 40 years. The secret is to find people who want to accomplish the same thing you do, people you can trust. I have been blessed. This is the thing that I am the most thankful for!”

Somehow, the Volunteer Jam experience has not only crossed genres but generations. The first Jam featured the Charlie Daniels Band & friends on Oct. 4, 1974. Then, the following September, Volunteer Jam II took place at Middle Tennessee State University’s Murphy Center. The second one was actually made into a movie, billed as “The First Full-Length Southern Rock Motion Picture.”

When asked why he chose Murphy Center for the second Jam, he answered, “Well, it was a really big deal to us to move it to Murphy Center because we had done the first one in War Memorial, which was a 2,200-seat venue. This was supposed to be a one-time deal. We were doing the album Fire on the Mountain and we wanted to do two of our cuts live—“Orange Blossom Special” and the song “No Place to Go,” two fiddle tunes. That’s what the whole thing was about. We booked War Memorial Auditorium for a live show. I had casually invited some friends of mine; Dickey Betts showed up, three guys from the Allman Brothers Band. It really took on a life of its own and had such a great surprise factor about it. We knew that we needed a bigger venue so we moved to Murphy Center. Murphy Center seemed like such a great place to do it.”

“The Jam, and Fire on the Mountain, was definitely a career builder for us, selling up into the millions, possibly 5 million, and continues today,” said Daniels. The songs on that record are so familiar. It is part of what we are and what we do. It is a big part of CDB.”

So, I asked the man if, among his 40-plus-year back catalog of recordings, there is any song that stands out in his mind, a favorite?

“No, not really. I’ve been asked this question a lot,” said Daniels. “It’s impossible to pick an all-time favorite. I don’t view the music that way. I view it as one body of work rather than song by song. That’s a hard question for me to answer.”

Is there an individual in your life who stands out that influenced you and encouraged you?

"It’s Bob Johnston, who came to Nashville in 1967. He called me and said, ‘Why don’t you come to Nashville?’ and I did. He helped me stay here. He’s been a tremendous influence on the creative and business side of my life.” (Johnston, a record producer who transferred from a New York position with Columbia Records to the Nashville office, is sometimes credited with diversifying the city’s recording industry after luring Bob Dylan to record there in the mid-1960s.)

In that era of Southern rock, did the musicians and artists feel the influence and closeness to this music of the day as much as the fans?

“Yes, I do think they felt the closeness with a lot of the bands. We were especially close to Marshall Tucker and Lynyrd Skynyrd. . . . Yes, there was a special kinship.”

By the way, Daniels confirmed, “People ask me if I am going to retire. Retiring is not in my vocabulary. . . . As you know, we’re doing another Volunteer Jam next year. It seemed like it was an idea [whose] time has come. The City of Nashville is interested in it. The Bridgestone Arena is interested in it. We have an event we do every year, “Scholarship for Heroes,” and we want to expand it,” he explained. “We need a bigger place to do it. It worked out to be Bridgestone Arena. We’re pretty excited about that!

"This whole thing is approached much more from a charity aspect than it was to start with. Of course, it turned into that years ago, too. This time,” says Daniels, “what motivated it was what got it started back then, which was to raise money to help our veterans who need education—there are so many needs that our veterans have. We’re trying to fill those needs. That is what this whole thing is about. That’s what brought Volunteer Jam back into being. That was the reason for it. That aspect is first and foremost. After that,” Daniels, exclaimed, “it is fun! I’m lookin’ forward to it.”

“There are so many people out there that have heard about Volunteer Jam all their lives but have never seen one . . . [who] can’t possibly understand what it was like to be sittin’ out there [when] I came walkin’ out there with Ted Nugent or Willie Nelson or James Brown or no tellin’ who. It’s a neat concept, a very unusual concept and I don’t know of another show like it. To be bringin’ it back and doin’ it at Bridgestone . . . it should really be a lot of fun and we’re really looking forward to it.”

Do you think that this is a part of the legacy of the artists of that era? Are they looking for ways to give back and to leave something lasting for future generations?

“I don’t think about it in that way. I feel that we owe especially our veterans. . . . We just love people that need help! I’ve seen it. I know about it. Something needs to be done about it. It is very obvious that our government is not going to take care of the whole thing. So . . . there are a lot of spaces that need fillin’ in as far as our veterans are concerned. I believe it is going to be up to the private sector to do it. That is something that I should be doin’. I do other things for other charities but that particular one has a special place in my heart. I feel like I should be doing this. You could call it a ‘calling’ or the desire of my heart or whatever. I just feel that I should be doing it!

“We need to look after the people who cannot look after themselves,” declared Daniels. “The government is incapable of doing it. If our veterans are going to be taken care of, a large part of it is going to be left up to the private sector to do it.”

Obviously, Charlie Daniels has discovered that it is far better to give than receive and that being thankful is not some kind of magic formula. Without reservation, a thankful heart cannot help but give back. That is why thankfulness is the true language of love. A thankful attitude only wants to leave the world a little happier, a little friendlier, and, in Charlie Daniels’ case, with a little more music.

Just so you know, Charlie Daniels is the real deal—genuine in his faith and love for God and others. He is living out the “Golden Rule” as a way of life. We ended the interview, which quite frankly turned into a friendly conversation, with a simple “God bless you!”

“The Jam in 1975" Gloria Christy talks to Charlie Daniels:

CDB and Friends Still gives me cold chills after all these years... just like I remember it... unbelievable!