Hate Crime Statistics and More from the TBI 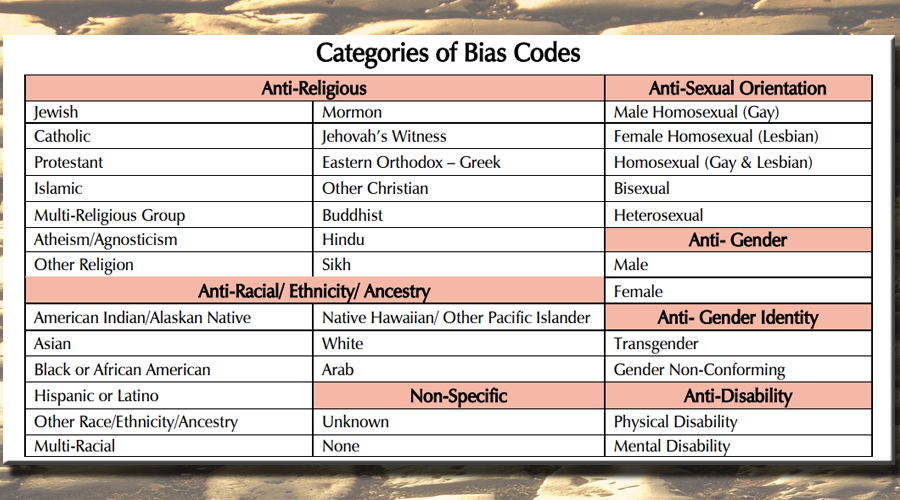 The Tennessee Bureau of Investigation released two publications, detailing the volume and nature of hate crime in Tennessee, along with one detailing violence directed toward the state’s law enforcement officers.

In Murfreesboro, 2 aggravated assault cases were labeled as being “Anti-Lesbian, Gay, Bisexual or Transgender.” 8 other crimes in Murfreesboro were reported as being an unknown bias. Across the state, the hate crimes continued and some of the statistics included numbers from Rutherford County. 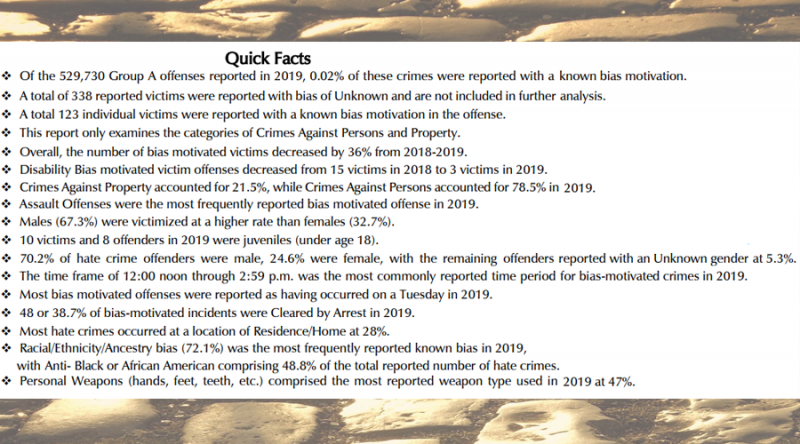 Among the findings of ‘Tennessee Hate Crime 2019’:

- Property crime offenses accounted for 21.5%, with the remainder of bias-motivated crimes being those designated as being ‘Crimes Against Persons.’

- Assault offenses were the most frequently reported bias-motivated offenses in 2019.

- Race/Ethnicity/Ancestry bias was the most frequently reported known bias in 2019 at 72.1%, with Anti-Black/African American comprising 48.8% of the total reported number of hate crime. 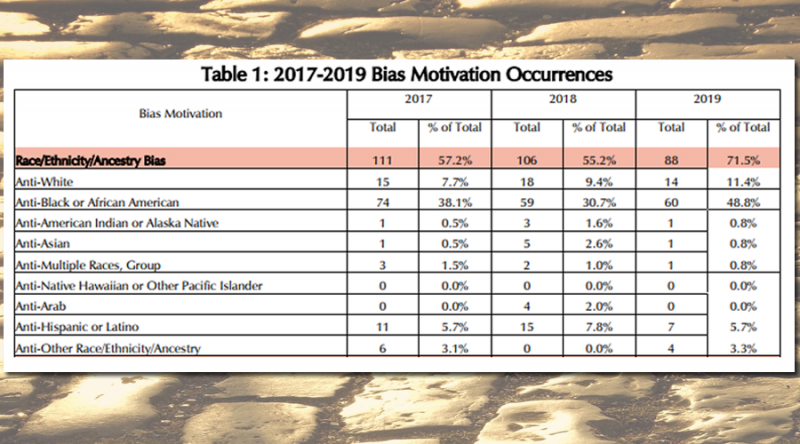 Among the findings of ‘Law Enforcement Officers Killed or Assaulted (LEOKA) 2019’:

- The most frequently reported offense was Simple Assault, at 57.6%. 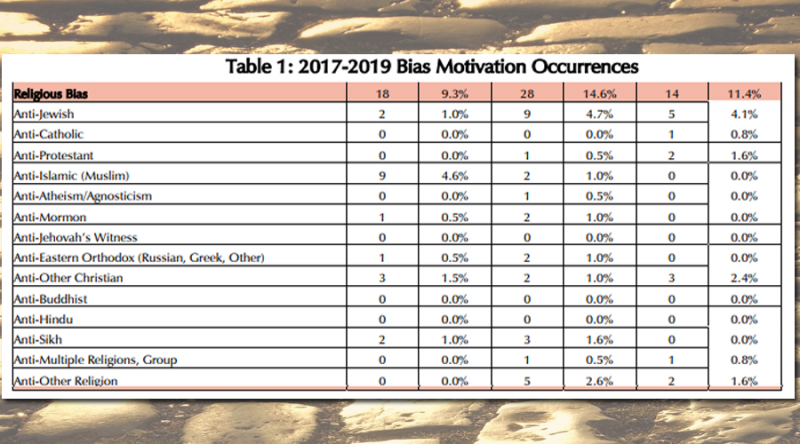 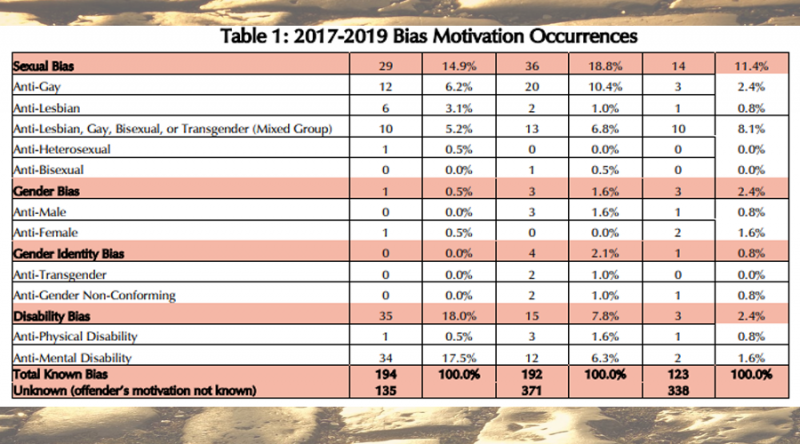 “I am very proud of the efforts of all participating law enforcement agencies, to provide the data necessary to produce these reports,” said TBI Director David Rausch. “Our combined efforts have resulted in a successful program that continues to give our state helpful insight on the volume and nature of crime.”