UPDATE: Suspect arrested and charged with the Fourth of July shooting of ex-girlfriend 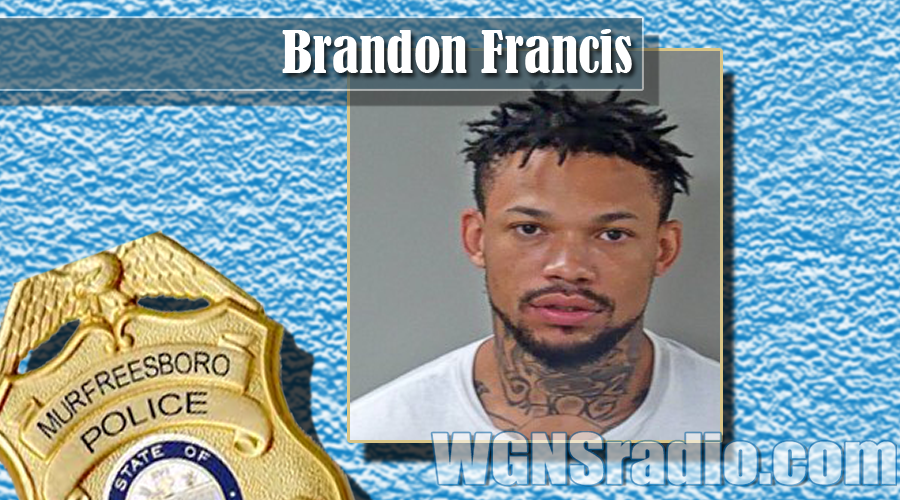 MURFREESBORO, Tenn. –  After a week on the run, the suspect in the shooting of his ex-girlfriend on the Fourth of July has been arrested.

Brandon Francis, 26, turned himself in to authorities on Saturday, July 11. He has been charged with attempted first-degree murder.  The shooting occurred on Battle Ave. at approximately 7:15 a.m., July 4.

PREVIOUS NEWS STORY: Man on the run after shooting ex-girlfriend at Murfreesboro apartment

An arrest warrant has been issued for the suspect, Brandon Francis, 26.