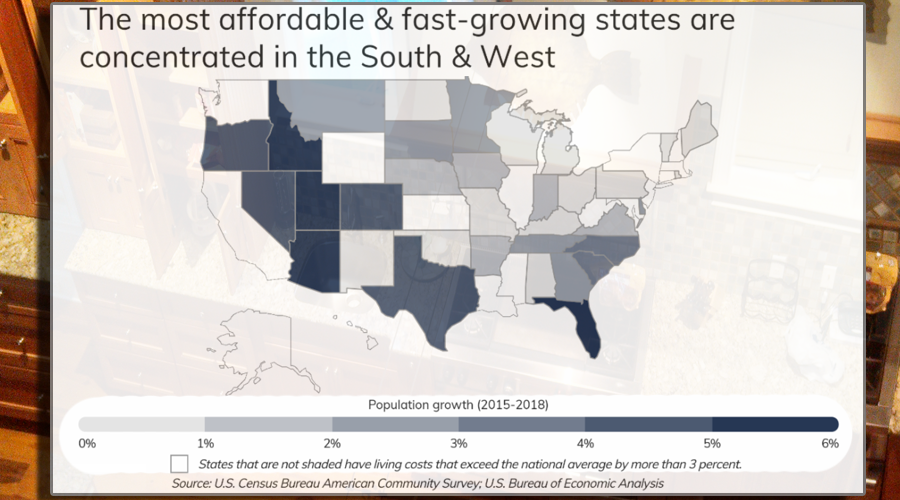 COVID-19 has radically changed the norms of the American workforce. Unprecedented job losses, shuttered businesses, and stay-at-home orders have affected workers across all industries and job functions. One of the most notable changes during COVID-19 has been the adoption of remote work—a trend that will undoubtedly impact the future of many American cities.

According to data collected from the Federal Reserve in April of 2020, more than half of all workers were performing at least some of their work from home, and 41 percent were completing all of their work at home. These figures stand in stark contrast to those collected in October of 2019, which indicated that only 7 percent of non-self-employed workers usually worked from home.

ADVERTISEMENT
This mass transition to remote work in the wake of coronavirus is reinforcing a trend that has been gaining momentum in recent years—namely, many people fleeing expensive cities in favor of more affordable locations. Now, with many companies, including tech giants like Twitter and Facebook, announcing that they will allow employees to work from home permanently, the migration trend toward more affordable locations is likely to accelerate.

Given these trends, researchers from Roofstock, a real estate investing platform, wanted to identify locations that are likely to continue attracting new residents. To find the most affordable places in the U.S. that people have already been moving to in recent years, its researchers analyzed population statistics from the U.S. Census Bureau and cost-of-living data from the U.S. Bureau of Economic Analysis. Looking only at locations where cost of living does not exceed the national average by more than 3 percent, Roofstock identified the cities and states with the largest population increases between 2015 and 2018.

For more information, a detailed methodology, and complete results for all states, you can find the original report on Roofstock’s website: https://learn.roofstock.com/blog/most-affordable-cities