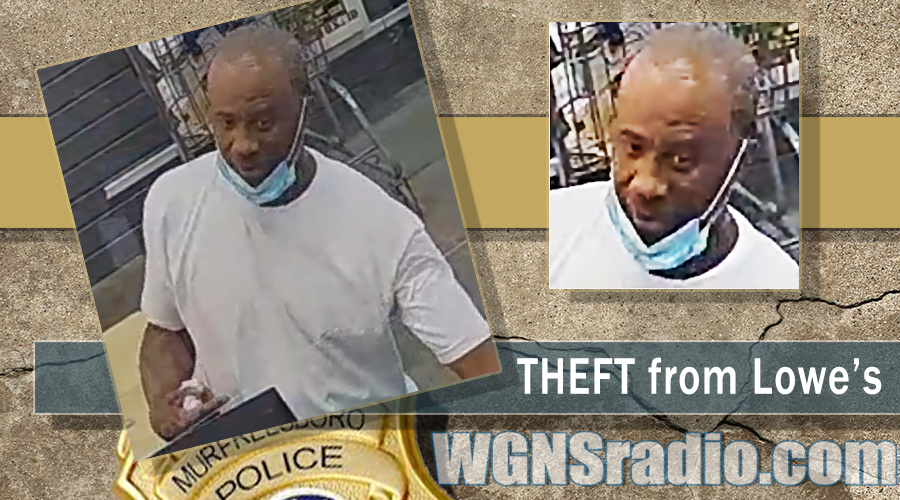 UPDATE - Earlier this month Murfreesboro Police issued a “BOLO” or be on the lookout for a theft suspect. The subject was accused of stealing merchandise from Lowe’s on Old Fort Pkwy (alleged theft on June 23, 2020). Authorities confirmed they have now identified the subject seen above.

Police say the man entered the store and picked up a Bosch table saw and Craftsman drill, allegedly leaving without paying for the tools.

ADVERTISEMENT
On Tuesday (July 28, 2020), police confirmed that the BOLO has been cancelled and the suspect has been positively identified. Detectives are now seeking prosecution of the individual. Because he has yet to be apprehended, his name has not yet been released.
Tags: Lowes Murfreesboro news police shoplift shoplifting store theft tools
Sections: News