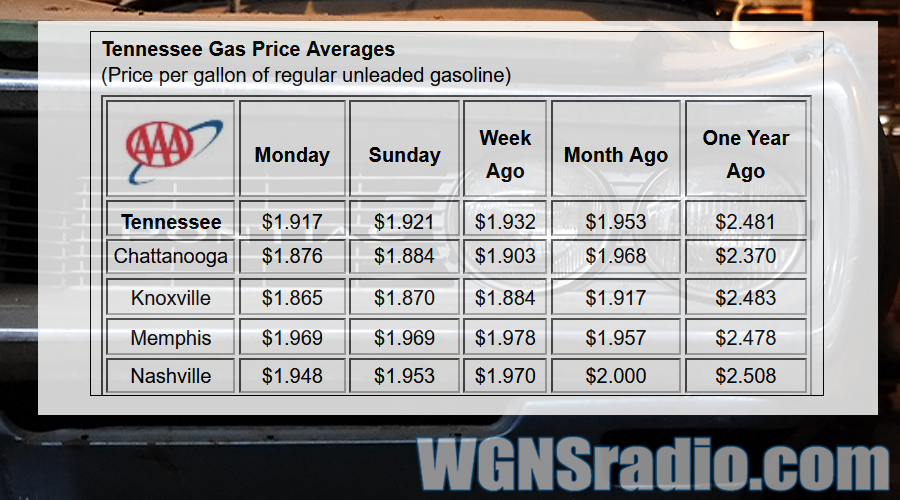 “Pump prices are mostly pushing cheaper across the state as gasoline demand wanes over the past few weeks,” said Megan Cooper, spokesperson, AAA - The Auto Club Group. “Gas prices are likely to fluctuate throughout the rest of the summer due to COVID-19 concerns, but healthy supply levels should help keep gas prices cheaper than last summer.”

As COVID-19 case numbers surpass 4 million, demand for gasoline is weakening across the country. The latest Energy Information Administration (EIA) demand reading measures at 8.5 million b/d, which is about 11% less than a year ago. The lower demand contributed to a cheaper national average on the week – down one penny to $2.18. This is the first time since late April that the national average has declined.

Today’s national average ($2.18) is one cent more than last month and 56 cents cheaper than last year. Motorists can find gas for $2.25 or less at 70% of gas stations across the country.

At the end of Friday’s formal trading session, WTI increased by 22 cents to settle at $41.29 per barrel. Domestic crude prices increased due to a slight decrease in the value of a U.S. dollar. However, crude prices could fall this week, since EIA’s weekly report revealed that total domestic inventories increased by 4.9 million bbl. The increase, amid falling gasoline demand, could mean that the domestic crude market is oversupplied.