Be on the Lookout - Credit Card Fraud Case in Murfreesboro 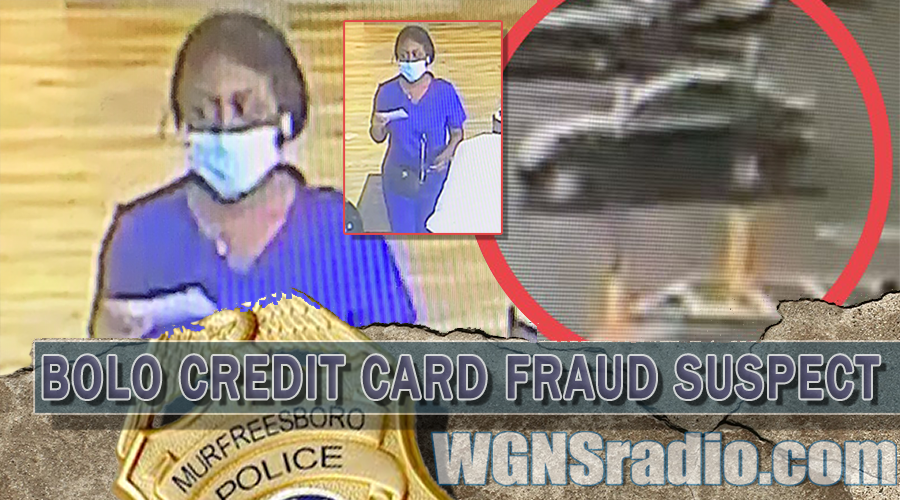 Murfreesboro Police have issued another “BOLO” or “Be on the Lookout” for a woman who detectives say could be a part of a credit card fraud ring.

MPD Detectives are trying to identify the woman who allegedly made several purchases with credit card information belonging to a Knoxville victim.  The woman doesn’t have the physical card but has the card information on her phone and reportedly pays with a touch free option.

ADVERTISEMENT
According to a recent MPD release, the female has been seen at the Old Fort Pkwy Kroger store.

The woman is suspected to be a part of a credit card fraud ring and is believed to be creating credit cards with other people’s info on them. One thought police are working off of is that she is unlawfully obtaining the credit card information online.

Upon a recent visit to the Kroger store, she arrived and left in a black four-door sedan.