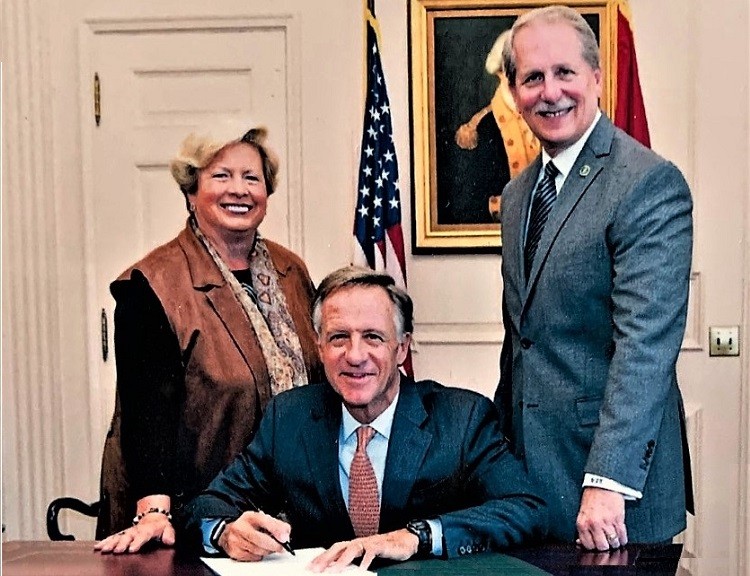 The Cronan Act was originally passed by the Tennessee Legislature and was signed into law by Governor Bill Haslam in the spring of 2018.

Then State Senator and now Rutherford County Mayor Bill Ketron, a major sponsor of the Cronan Act, noted, “The act was named for the late husband of Joan Cronan; the former athletic director for UT Knoxville. Her late husband, Tom, was a physical education teacher, so the two shared a passion for the subject.”

Ketron worked with groups such as the Tennessee Association of Health, Physical Education, Recreation and Dance (TAHPERD) and the group’s Chair for Legislation/Advocacy Fran Hoogestraat to push for more physical education in elementary schools. Hoogestraat acknowledged just how instrumental Ketron’s assistance was in the progress made over the years.

“We worked long and hard to get support from our local and state legislators,” said Fran. “The legislators were a joy to work with; Senator Ketron used his great wisdom to bring people together. We marveled at his mastery as an elected official.”

The Cronan Act was slated to be implemented in the Fall of 2019 with the exception of two school districts that were to begin in the fall of 2020. Because of a late amendment in the legislative session of 2019, implementation was delayed for all elementary schools until the 2020-21 school year.

In Hoogestraat’s words, “In about one to two weeks, all elementary schools in Tennessee will be required to have two days per week of physical education. It’s finally happening…thanks to a lot of people, and most notably Senator Ketron, it is finally coming to fruition.”

Hoogestraat could not be happier. “This is a HUGE win for those of us who have worked for years to highlight the importance of physical education.”

Mayor Ketron added, “The real winners are our elementary students who will now have the opportunity to receive the fundamental foundation for movement skills that serve as the building blocks for physical activity and sports.”