UPDATE: Fatal Accident on I-840 Tuesday 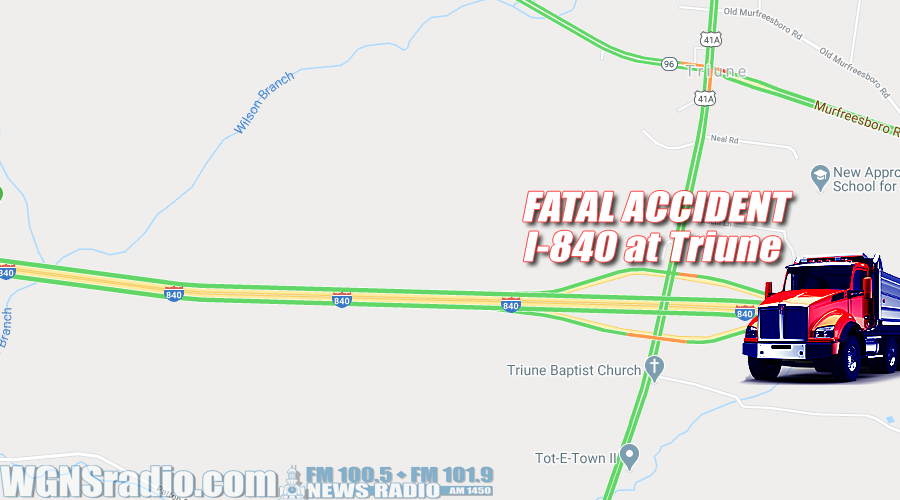 The Tennessee Highway Patrol confirmed that 30-year old Alexa DeMiranda of Murfreesboro was killed when the Dodge pickup truck she was driving collided with a large Kenworth commercial truck.

ADVERTISEMENT
Evidently, the commercial vehicle was attempting to turn left into the median to access a construction site when DeMiranda ran into the rear of the truck.

36-Year-old Timothy Allison of Chapel Hill was driving the Kenworth that was said to be struck by DeMiranda on Tuesday. Allison was not seriously injured.

The collision occurred just over the Rutherford County line and in Williamson County at mile marker 42 (Triune / Horton Hwy interchange) in the west bound lane of I-840.