Have You Seen Tabiyus Hathaway? 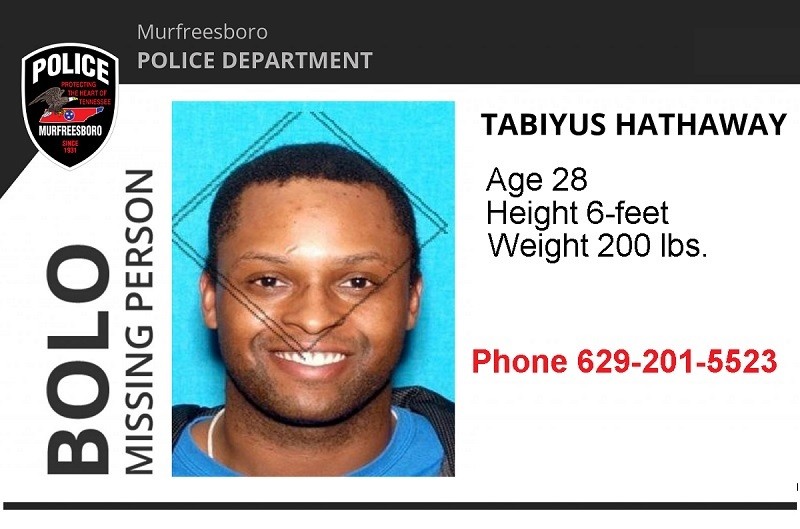 (MURFREESBORO)  The family of a 28-year old Murfreesboro have not heard from their relative since late June, while police are asking for the public's help in locating Tabiyus Hathaway.

Reportedly, he was traveling to Nashville at the end of May or early June. His family told police that they have not heard from him since that time.

He is approximately 6-feet tall and weighs 200 pounds.