Tennessee has more despair than most places 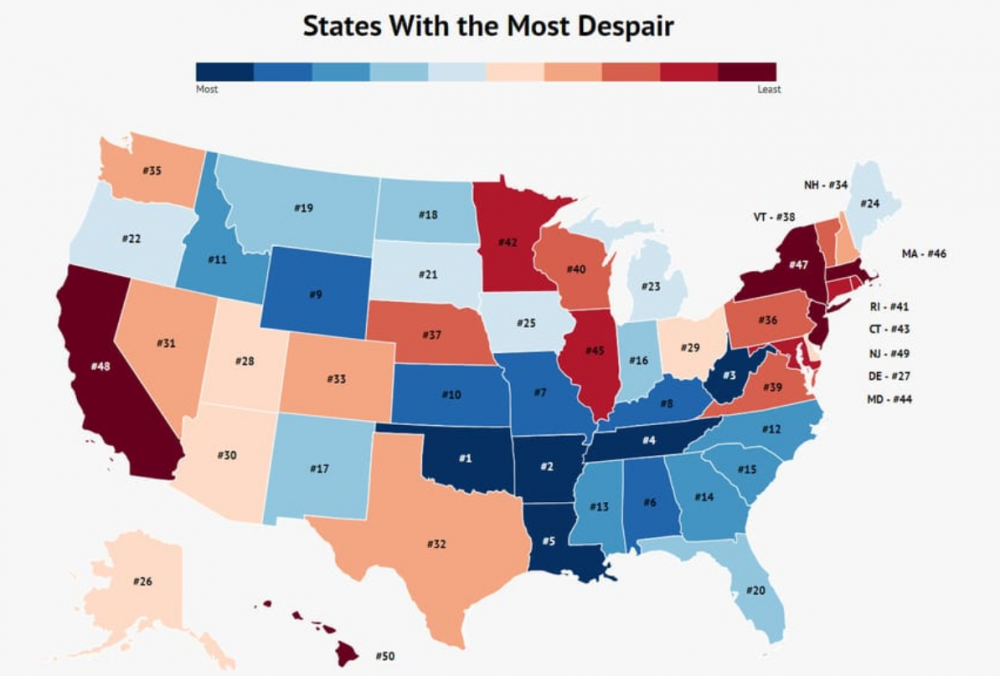 Tennessee is experiencing a great deal of distress. Zippia.com recently analyzed depression, addiction, poverty, and other metrics to find the states where Americans are hurting the most. Unfortunately, Tennessee didn't do so well.

Tennessee currently ranks 4th in the nation for having one of the highest “Despair” rates. That said, Oklahoma came in at number one on the list followed by Arkansas, West Virginia and then Tennessee.

Each state was ranked 1-to-50 on five factors that included the Depression rate, Suicides per 100,000 people, Opioid prescriptions per 100 people, the hours that the average person worked and the Poverty rate. All of that added together equaled Tennessee ranking number 4 in the country on the despair list.