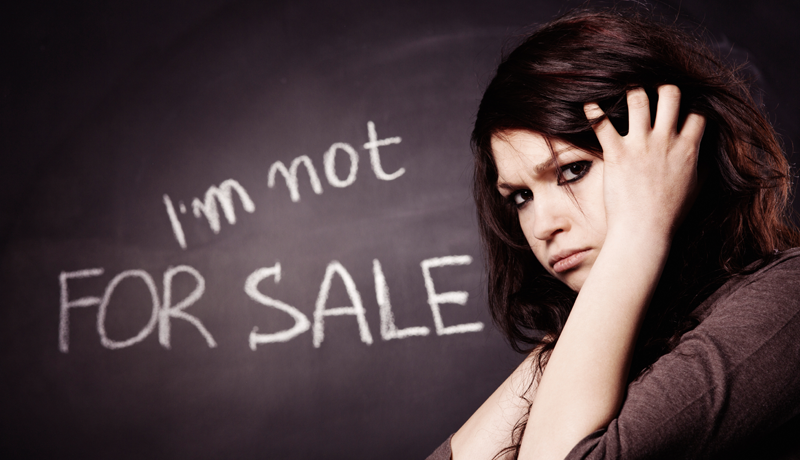 Tennessee Administrative Office of the Courts: The term human trafficking may conjure images straight out of Hollywood of people being abducted off the street in foreign locales and forced into sex slavery. The reality is, if anything, more disturbing. Human trafficking is pervasive right here in the United States, including in Tennessee. Mundane hotel rooms and easily accessible websites are the places where countless men, women, and children are exploited for commercial gain. For the unscrupulous, an illicit encounter is just a click or a short drive away.

Tennessee judges had an opportunity to learn more about Tennessee’s human trafficking problem during a recent online training session organized by the Administrative Office of the Courts, in partnership with End Slavery Tennessee, Epic Girl, and the Tennessee Bureau of Investigation. During the session, titled The Realities of Human Trafficking: A Deep Dive into Tennessee’s Vulnerable Population and the Multidisciplinary Response, judges heard from a number of experts who have dedicated their lives to helping at-risk children and adults avoid falling into the snare of trafficking. These experts discussed the scope of the problem in Tennessee, initiatives to identify youths most at danger of being trafficked, and law enforcement efforts to crack down on the crime.

ADVERTISEMENT
“Human sex trafficking is prevalent all over the state of Tennessee,” Margie Quin, the CEO of End Slavery Tennessee, said at the outset of the online session.

Studies have shown that 72 percent of Tennessee counties reported sex trafficking of minors, and 85 percent of counties in the state reported trafficking cases in general. The highest concentrations of juvenile trafficking tend to be in counties with higher levels of child poverty, including rural counties.

Quin said she thinks even those high numbers likely underplayed the scope of the problem in Tennessee because trafficking tends to operate in the shadows and many are not adequately trained to recognize signs of human trafficking.

“Trafficking doesn’t start as a kidnapping,” Quin said. “It starts as a lure, and the victim goes into it quasi-willingly, and then they’re caught.”

Many of trafficking victims share common experiences that make them vulnerable to a trafficker, such as having grown up in homes with addicted parents, domestic violence, and/or child sexual abuse. The presence of numerous adverse childhood experiences like these is a key warning sign that a juvenile is vulnerable to trafficking, said Stacia Freeman, the founder of Epic Girl, an organization dedicated to empowering and educating young, court-involved women.

“I never met a trafficking victim who did not have a lot of root causes that drove them in that direction,” Freeman said.

In 2017, Freeman started to develop a tool with the Juvenile Court of Metropolitan Nashville and Davidson County that could help identify court-involved kids who were especially at-risk of falling into trafficking.

“We looked at questions that would allow us to connect the dots,” she said. “We looked at vulnerability factors such as truancy issues, runaway status, how many times had they run away, if they were connected to older adults, and if they had a history of abuse, especially if they reported sexual abuse.”

Freeman and others categorized the data they collected according to three risk levels: Level 1 – low risk, Level 2 – moderate risk, Level 3 – high risk. Level 1 girls were those who reported mostly “kids being kids” stuff like curfew violations. Level 1 girls usually did not have a history of running away and had not experienced recurring court involvement. Level 2 girls were similar to Level 1 except they may have answered no to certain questions like, “Do you have adult support you can go to help you figure things out?”

Level 3 was reserved for girls who said they actually had been trafficked before, girls who had run away from home more than five times or for longer than two weeks, or girls in DCS custody. Girls who were gang-affiliated or had picked up a delinquent charge were also considered level 3. Answers to certain questions also assist Freeman and others in identifying which girls may have been trafficked before, even if those girls have not disclosed it. For instance, if they say they have run away for an extended period of time, that means that someone must have been helping them out and meeting their basic needs.

While service organizations like End Slavery Tennessee and Epic Girl play a large role in confronting human trafficking, so too does law enforcement. Tennessee Bureau of Investigation Human Trafficking Task Force Agent Jason Wilkerson spoke during the training session to give an update on efforts that he and his colleagues are making to help victims and stop perpetrators.

Agent Wilkerson also discussed how the TBI has shifted its priorities when it comes to pursuing cases. In 2011, for example, the TBI pursued 2,400 prostitution cases, a “revolving door,” as Agent Wilkerson put it. In 2019, that number had dropped to 388. Agents are now more focused at going after the source of the problem.

“The focus now is to go after that trafficker,” he said. “We want to get that guy who is exploiting her who is making money off of that person. That is the individual we need to affect this market. We’re looking at this problem as a market problem, not on an arrest by arrest basis.”

Agent Wilkerson also addressed some “myths” about human trafficking that he said are widespread in society. One of those is that since the notorious website Backpage is gone, there is no more trafficking online. Echoing what other speaks said, he called this belief plainly false.

“When Backpage went down, and that was a good thing, it was like you shot the rat in the kitchen and then 15 cockroaches came out from under the refrigerator,” he said.

A number of other smaller sites have filled the gap, hosting ads offering sex. He said in January of this year, 37,400 such ads were posted online. Of those 6,800 were flagged as featuring suspected juveniles.

Agent Wilkerson mentioned several specific things that judges should know about human trafficking cases. For one, they can be complicated.

“Understand that these cases are by their very nature nomadic and very complex,” he said. “There may be multiple agencies involved.”

Multiple warrants may also be necessary. For instance, warrants could be needed for the location where a victim was recovered, for any devices found there, and then for any websites or apps where the victim and their trafficker may have met.

“That takes time, and we may be coming to you judges to make that happen,” Agent Wilkerson said.

He also said it can be difficult to identify trafficking victims because they may not self-identify as such. They may not volunteer that information. For that reason, he recommends special training for court staff and judges like that offered by End Slavery Tennessee. He said that training has paid dividends before in court.

“I had a case where a kid was in a detention center for a delinquent charge, and she went for her detention hearing and court staff called and said, ‘Have you seen this kid? Something’s fishy about this,’” Agent Wilkerson remembered. “It was court staff who realized this was more than just a gun charge” but a trafficking case.

Overall, Quin is hopeful that the multidisciplinary approach undertaken by End Slavery Tennessee, Epic Girl, and the TBI will help to decrease the number of human trafficking victims in Tennessee. Together, these organizations are in a better position than ever before to stop trafficking before it occurs or in cases where that is not possible to help victims regain control of their lives and to hold traffickers responsible for their crimes.

She asks Tennessee’s judges, too, to be a part of the solution to the evil of human trafficking.

“Many of our survivors are in the court system now having been convicted of other, lesser crimes,” she said. “We would urge the courts to be cognizant of the victimization through trafficking and the fallout of that for a victim.”