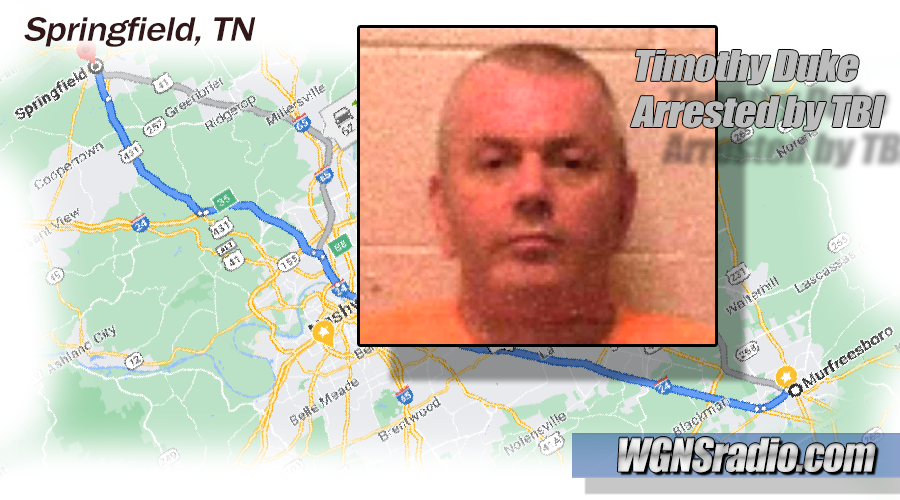 An hour drive from Murfreesboro in Springfield, TN, the TBI made an arrest in what appears to be a human trafficking case.

The investigation by Special Agents with the Human Trafficking Unit of the Tennessee Bureau of Investigation, the Overton County Sheriff’s Office, the Department of Children’s Services, and the 19th District Attorney General’s Office has resulted in the arrest of one Livingston man.

In May, Agents began investigating a tip to the Tennessee Human Trafficking Hotline from management at a hotel in Springfield.  The hotel reported suspicious activity that appeared consistent with mandatory human trafficking training employees had received.  During the course of the investigation, 44-year old Timothy C. Duke (DOB: 1/14/76) was identified as the individual at the hotel with a juvenile.

To report suspected human trafficking call the Tennessee Human Trafficking Hotline at 1-855-55-TNHTH.  Information about human trafficking and TBI’s efforts to address this type of crime can be found online at www.ItHasToStop.com.