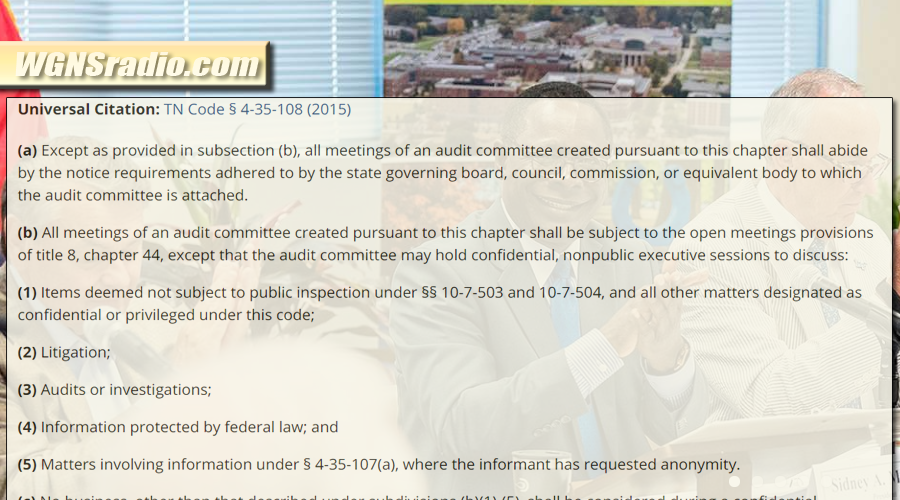 MURFREESBORO, Tenn. — The Middle Tennessee State University Board of Trustees will hold a special meeting next week on Tuesday, Oct. 20.  The meeting will be held electronically – or virtually - beginning at 9 a.m.

The Board of Trustees will hold a confidential, nonpublic executive session for the purpose of discussing an audit (under T.C.A. 4-35-108).

ADVERTISEMENT
MTSU reports that the Board of Trustees is the governing body of Middle Tennessee State University and is responsible for selecting and appointing the president; setting the operating budget; approving personnel appointments; granting all degrees awarded by the University, including honorary degrees; establishing tuition and fee rates; approving contracts; and approving all rules, regulations, curriculum changes, new programs and degrees of the University.

The Board consists of 10 members, 8 of whom are appointed by the governor, by and with consent of the Tennessee General Assembly.