Tennessee Ranks Among Top States for the Middle Class 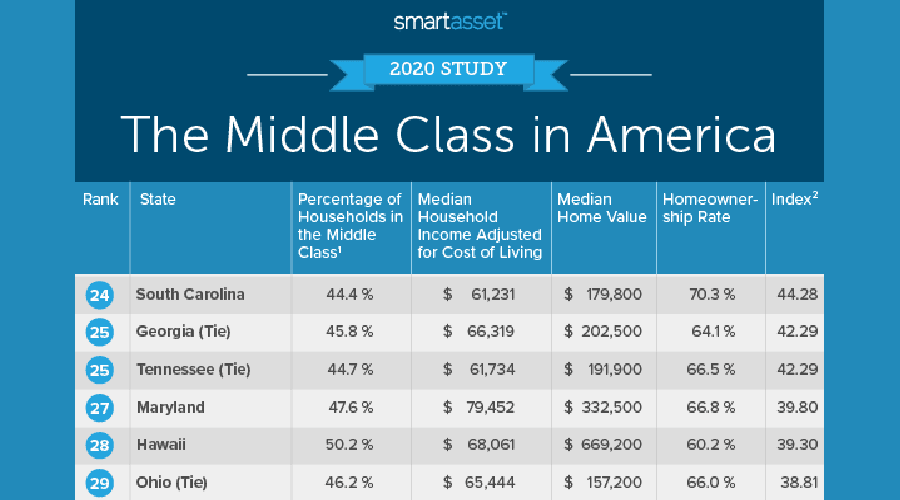 The middle class, generally characterized as households that earn approximately two-thirds to two times the median national income, comprises slightly more than half of American households. That figure (52%) is down from 61% in 1971.

Still, some parts of the U.S. are better suited to this socio-economic class than others. In a new study, SmartAsset analyzed data on metrics related to income, jobs and homeownership to find the best states for the middle class.

Now, Tennessee ranks in the top half of the list, coming in at number 25 out of all 50 states.

In Tennessee, the study found that 44.7 of residents are considered to be middle class. The median household income rings in at just over $61,000 with a home ownership rate of 66.5%.