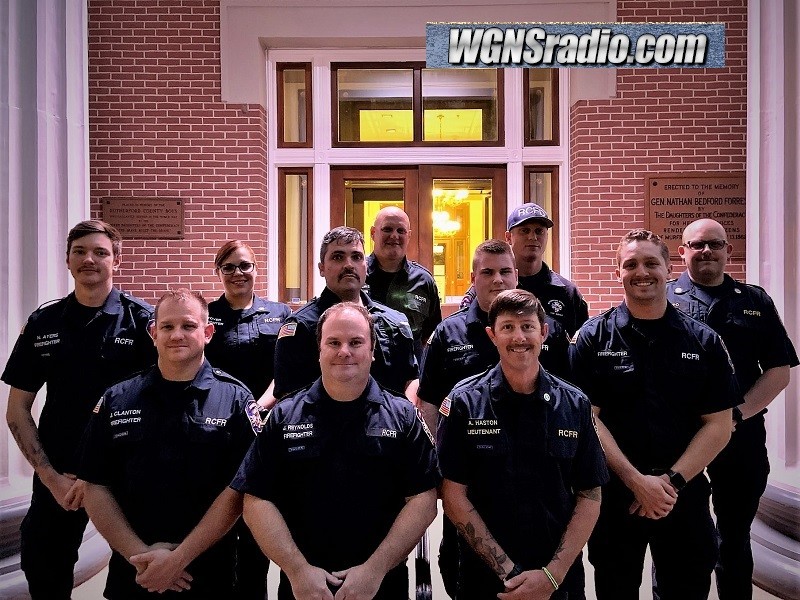 Chief Larry Farley presented each with a Medal of Valor. The team rescued two adult males from Snail Shell Cave as waters began to rise amid inclement weather.

One witness told WGNS NEWS that two adults, a teenager and a young boy went deep into one of several passages. While inside, they could hear the water rising as the rain started to grow heavier. The juveniles apparently got out shortly before rescue workers went in to save the adults. Luckily, all four survived, but by the time the adults were led out of the cave, the water was heavily flowing at the level of their chest.

The cave is considered to be extremely dangerous due to the flooding conditions that have been well publicized in the past. The cave is not only known to flood, but also known to have extremely fast flowing water within its walls when flooding. Several deaths have occurred in Snail Shell Cave in the past.

By the way, Snail Shell Cave sits in 88-acres and is owned by the non-profit Southeastern Cave Conservancy. Its mouth is a sinkhole, with nearly vertical walls that are 125 feet in diameter and 60 feet deep. The cavern has the longest continuous corridors in the Tennessee Central Basin region, and more than 9-miles of surveyed passages. The cave is just off highway 99 in Rockvale.