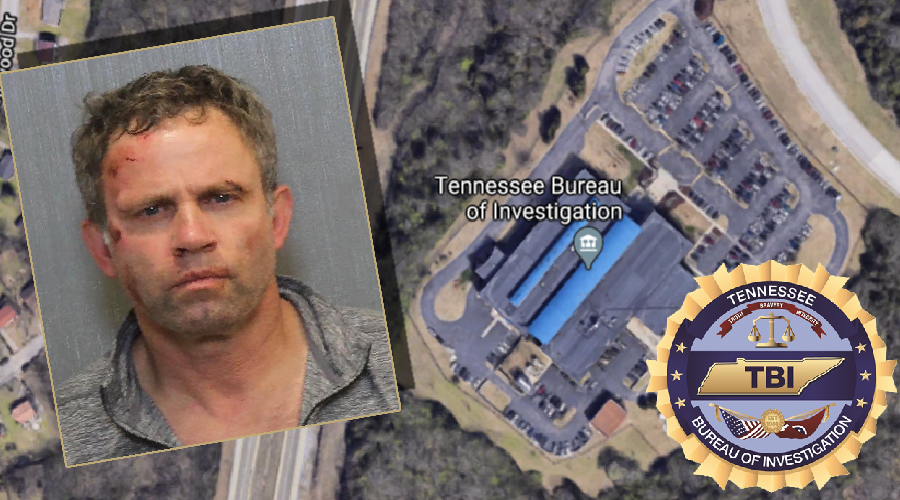 Typically, people do not trespass at the Tennessee Bureau of Investigations campus in Nashville. It is not the kind of place where most would want to be, unless of course you work for the TBI as an Agent. That was not the case for one man who allegedly climbed the fence surrounding the state law enforcement buildings.

Uniformed Officers from the Tennessee Bureau of Investigation have arrested and charged a Nashville man accused of trespassing at TBI Headquarters on Wednesday night.

ADVERTISEMENT
The incident occurred at approximately 9:00 PM at TBI’s facility on R.S. Gass Boulevard when a man, identified as 49-year old Klane Maples, approached the TBI’s lowered gate and contacted a TBI Uniformed Officer through the posted telephone number to inquire about an abuse allegation.

When the officer informed Maples he would need to return during normal business hours, Maples exited his vehicle and scaled the facility’s perimeter fence. Officers witnessed Maples’s actions, intercepted him in the parking lot, informed him he was trespassing, and asked him to leave, but Maples ignored their commands and became physically combative.

An officer subdued and handcuffed Maples, who allegedly bit the officer twice during the exchange. Both men received medical treatment for minor injuries sustained during the arrest. Authorities later searched Maples’s vehicle after his arrest and found drugs and drug paraphernalia.

Following his release from the hospital early Thursday morning, authorities arrested Maples and charged him with one count of Trespassing and one count of Possession with Intent to Deliver a Controlled Substance. At the time of this release, Maples remained in the custody of the Davidson County Jail, with additional charges pending.