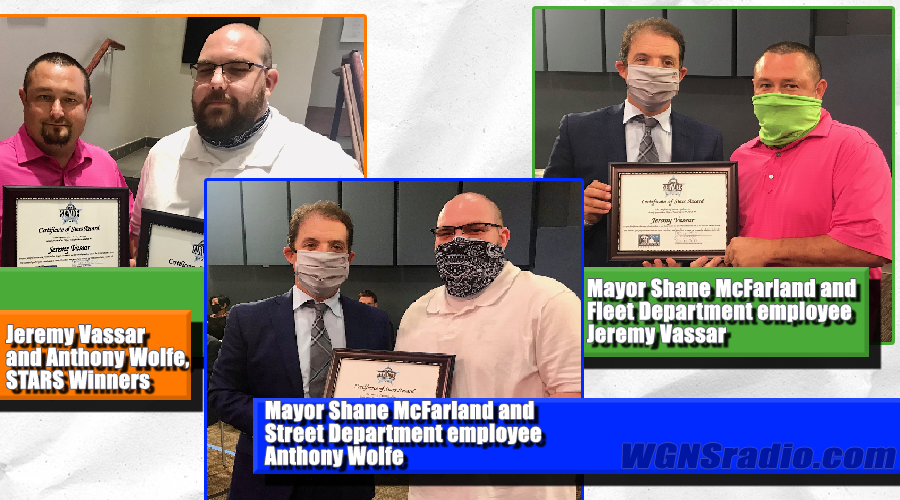 Anthony and Jeremy went above and beyond the call of duty in assisting a woman with a flat tire. The following description was provided in the STARS nomination:

ADVERTISEMENT
“Anthony Wolfe was operating a boom mower and Jeremy Vassar was in a follow truck in the area of Barfield Park. An elderly gentleman flagged them down and told them there was a woman at the park with a flat tire and asked if they could assist her.  They found the woman in a parking lot with two small children. It was hot that day and she was concerned about getting them out of the heat.  She had them in the car while it was running but was concerned about how long she would be able to let that continue.  Anthony and Jeremy were able to find a spare tire under her car and changed it out for her. She was extremely grateful for their assistance, and later called the Street Department to let their supervisors know how much she appreciated their help and said they were very kind and polite. Anthony and Jeremy went above and beyond the call of duty to help this citizen in her time of need!”

Congratulations to Anthony Wolfe and Jeremy Vassar of the Murfreesboro Street Department for being named recipient of the September 2020 STARS Award for Outstanding Performance.
Sections: News