Continued Reemployment of Tennesseans Drives Unemployment Down across the State - Rutherford County falls to 5.4% 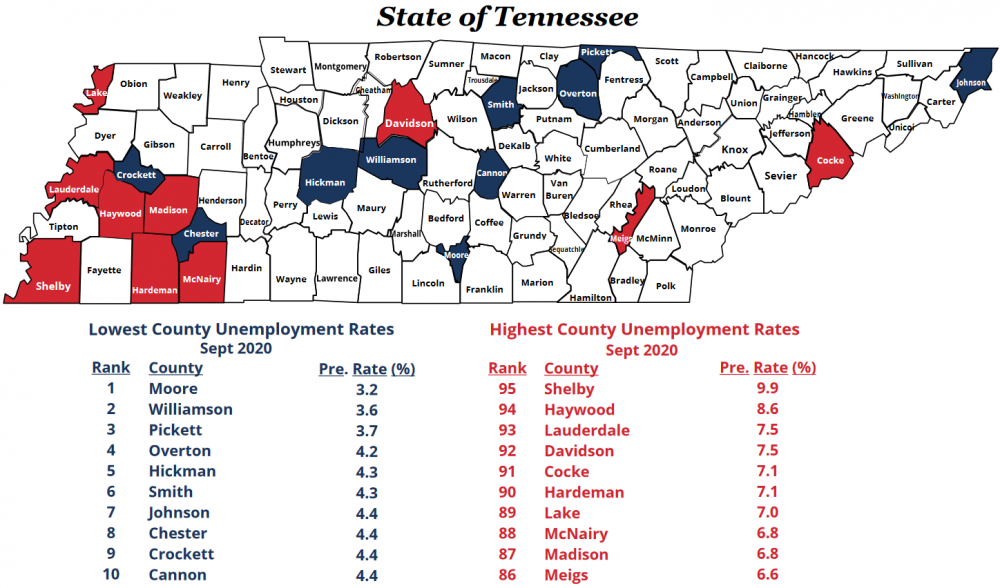 The unemployment rates in each of Tennessee’s 95 counties decreased in September, according to new data released by the Tennessee Department of Labor and Workforce Development.

Once again, Moore County has the state’s lowest unemployment rate. Its September figure of 3.2% is 1.9 percentage points lower than the previous month’s rate.

Shelby County continues to have Tennessee’s highest unemployment. While its September rate is 9.9%, the new figure represents a drop of 3.7 percentage points from where it was in August.

Statewide, unemployment dropped to its lowest level in September since hitting an all-time high in April during the peak of COVID-19 business closures. The seasonally adjusted unemployment rate for the month is 6.3%, a decrease of 2.3 percentage points from the revised August rate of 8.6%.